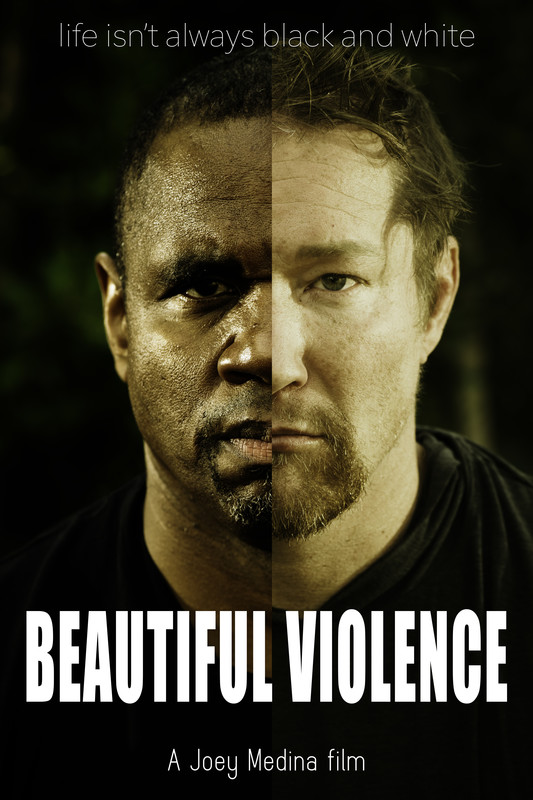 Before even watching the work, one can not but ponder about the choice of title that combines two total opposites, and ask how can anything violent be beautiful? This reflects a high level of proficiency and talent from writer/director “ Joey Medina”, and makes us all the more curious to delve into the film to try and figure out what is truly meant by this.

It is obvious from early on, that the screenplay is not your “average” work but rather a refined piece of writing that deals with a very sensitive issue (the right to decide our own fate) in a very subtle and non “cliché” manner, the dialogue between the main characters made it possible for the viewers to be transported into their minds and get a psychological insight of the emotional roller coaster. Acting wise, both “Bill Dawes” and “Eric Blake” showed genuine talent on an individual level and as a unit, the effort that they showed is not something to be taken lightly since it is very common when playing such roles to fall into overacting, instead their work transported the film into an even higher dimension. 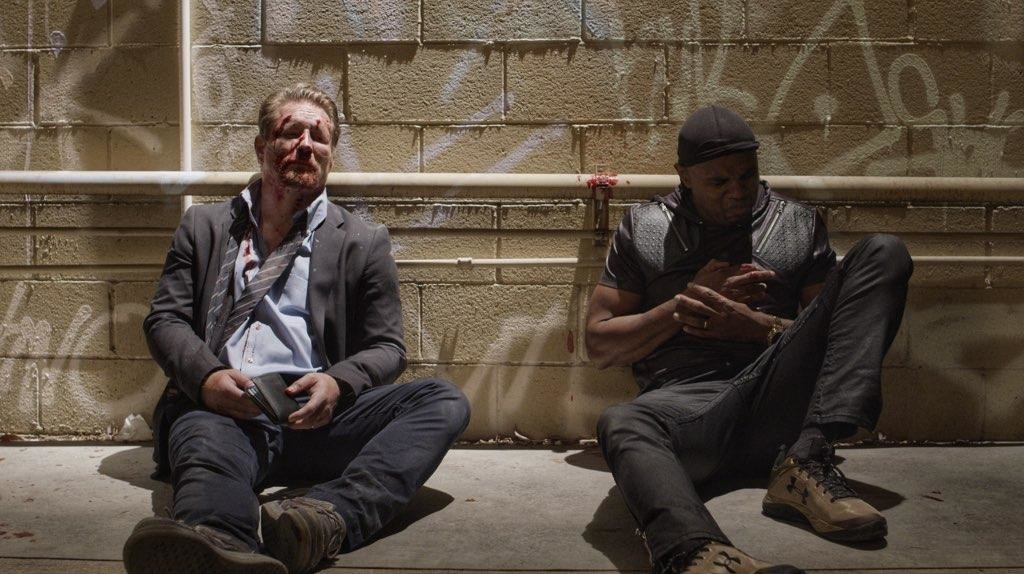 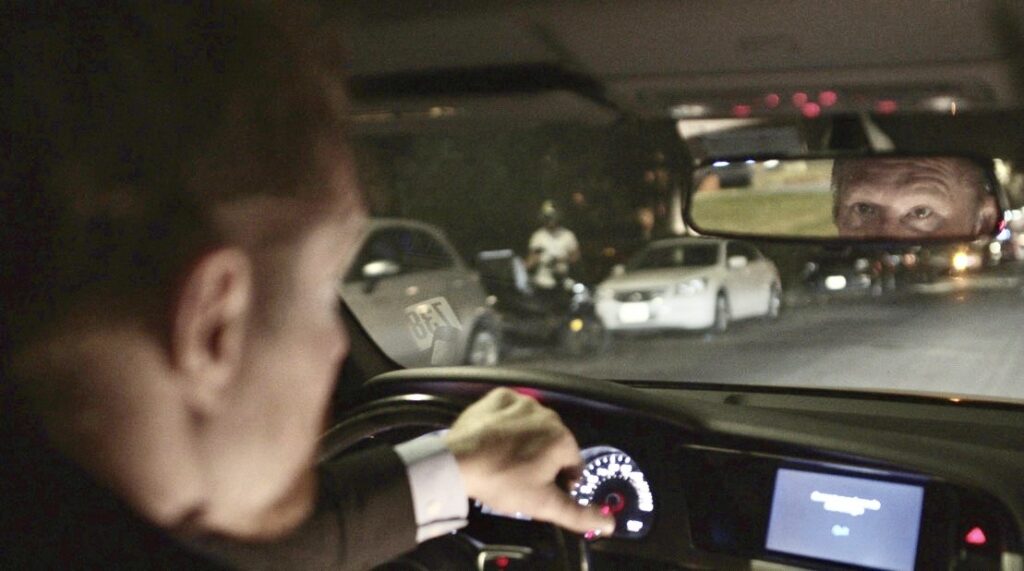 Technically, “Joey Medina” knew exactly what he wanted and executed it in a very mature and professional manner; from his choice of framing and shots to the lighting and color pallet he was able to deliver a clean and realistic short that conveyed what was intended, the realistic make up effects when it comes to bruises and blood are also to be applauded as they gave an added value to the end result. As for the selection of music and SFX, they alleviated the overall mood and gave that extra feeling to the audiences without being an enforcing element or a disturbing one.

Finally, this work holds a very deep message that touches us all leaving the viewer pondering about many things in life especially on what is our priorities and how they should be placed (family always comes first), an extremely well crafted film that is highly recommended for all the reasons discussed above and much more, not only did writer/director “Joey Medina” prove himself to be a true film maker but also someone who understands the genuine language of cinematography and the different elements of “mise en scene”, we will be definitely on the look out for his future endeavors as both writer and director.

Filmmaking is my love and my passion. There is no greater feeling for me than to make the images in my head come alive and watching people enjoy and feel what the story has to offer. 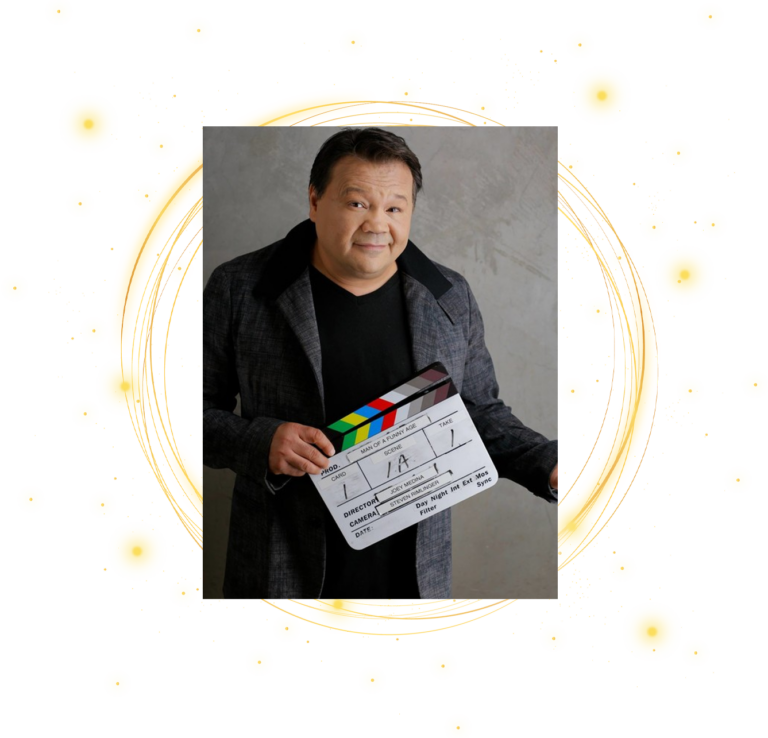 Joey Medina born and raised in The Bronx, New York was distained to become a Writer, Producer & Director. In third grade his School Principle placed Joey in a creative writing class after reading Joey’s version of “Goldie Locks and the Three Bears” with an urban theme.
In fifth grade, after watching a three-minute super 8 film made by a teacher and his class, Joey got the urge to make his own film.
In seventh grade, Joey purchased a super 8 film camera, projector and screen from his woodshop teacher for $50.00. All the equipment was stamped “Property of the Board of Education.”
After buying the stolen film equipment, Joey casted family members and directed his first film, a remake of “King Kong.” Joey bought a gorilla mask and rubber ape hands and borrowed his mother’s fake fur coat to complete the costume. He used miniature soldiers and army vehicles including his sister’s dollhouse to build the set in his basement. With everything in place Joey completed his 3 minute version of “King Kong.”
After graduating High School, Joey enrolled into the Center for Media Arts in New York City to study Television Production. There he used his creativity while learning the skills he would later use.
In 2003, Joey was hired to be a segment producer for “Extreme Gong,” which aired on the Game Show Network.
In 2004, Joey Medina, wrote, produced and directed his first feature film on 16mm, called El Matador for $15,000. The film went on to win three awards at the “Los Angeles Chicano Film Festival,” including “Best Film,” Best Director” and “Best Actor.” The film was then picked up and distributed by Maverick Entertainment.
In 2005 Joey wrote, produced, directed and hosted Si TV’s first scripted television show, “Circumsized Cinema,” Executive produced by award-winning film producer, Moctesuma Esparza (“Selena”). The show re-edited campy Mexican movies into 30-minute “mini-movies” with totally new, scripted English audio tracks for a hilarious and utterly original half-hour television show. In addition, Joey was one of the hosts and producers of “Loco Comedy Jam,” a stand-up comedy show featuring some of the best Latino comedians in the country on Mun2 Television.

In 2006 Joey created and produced and hosted, “Latin Palooza,” a comedy special shot live in front of 1,300 people. The DVD was picked up and distributed by Image Entertainment.
Since then Joey has produced and directed five music videos for pop , rap and rock artists.
In 2009, Joey produced and directed another comedy special titled, “Cholo Comedy Slam,” this time adding a musical acts along with stand-up comedians. The event was shot in Los Angeles in front of 2000 people and was picked up and distributed by Latin Fusion Entertainment.
Joey also wrote, produced and directed his first short horror film, MISSING. As a professional comedian most of his filmmaking projects were comedies, so he wanted to produce a horror film that was as dark and disturbing as possible. He set out to make a film that would be hard to watch for the viewer. He wanted the viewer to experience what the victims in the film were going through.

Having almost zero budget, he built many props himself and designed many of the makeup effects as well. Joey spent about six weeks preparing for the shoot, including writing and casting. The shoot itself took three days with a partial crew for only half the time.
The film went on to win Best Director and Best screenplay in the 2015 International Horror Realm Film Festival and the Award of Excellence in the 2015 Ricon International Film Festival in Puerto Rico along with an Award of Merit in the 2015 Indie Fest Film Awards.
Joey Medina also wrote, produce, directed, edited as well as stared in his own single camera style sitcom called “Man of a Funny Age.”
Most recently Joey just wrote, produced and directed a powerful short film called, “The Lesson.’ Jon Kelly from “Access Hollywood” calls the film “Stone Cold Powerful.”
Joey is currently a content producer on a syndicated game show called, “Funny You Should Ask.” He continues to expand his knowledge and passion for filmmaking and production.