From it’s opening scene “Blackbird” conveys the setting for a definite hook that would keep the viewer fully engulfed in the unfolding events of what seems to be a realistic sci-fi with a twist, director “Mike Thompson” succeeded in delivering a textbook sensation of a film, with all the elements needed for such an accomplishment, especially that he is at the same time the writer and director of the work.

Even though it is a fiction film, the script is highly plausible and convincing especially in its realistic portrait of events and dialogues, with a well plaited plot that pushes further the element of attainment in the work and breaks the “cliché” in presenting major turning points in the film such as the accident scene that was a real hit. Acting wise, an exceptional performance and a remarkable job by main actor “Chris Petty” who excelled in the role of the ambivalent husband (not to be blamed) when determining the fate of his beloved wife and soul mate.

Technically, the choice of slow camera movement when intense action is showed demonstrated great technical skills by “Thomson”, add to that the black and white color palette gave a deeper meaning to the overall work showing that they became two contrasts even when they are “artificially” together. The editing pace and framing on the other hand accelerated the emotional effect and allowed the viewer to get more involved in this touching turmoil. The music (even if at some point was a bit over used) provided the extra feeling of tension in the scenes.

Finally, the film is a worthwhile watch since it deals with the dilemma and the tough question of letting go of the ones we love, should we humans play the role of God and become creators or should we accept the fact that this life will one day come to an end and that we are all going to pass the ultimate test of death. Hats off to director “Thompson” for the manner in which he treated such a sensitive issue and looking forward to future projects by the talented director. 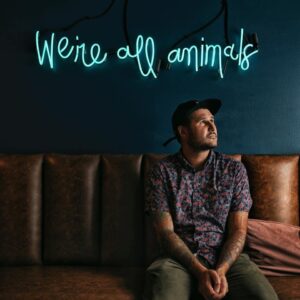 Mike Thompson was born on July 15, 1984, in Jacksonville, North Carolina, USA. He is an award-winning Director, Writer, and Producer known for Iris (2017) and Blackbird, as well as for directing music videos for musical artists such as RMLLW2LLZ, Quiet Hollers, Sloe Pink, Street Sense, Dr. Dundiff & Otis Junior, and Foxbat.