Healthy mind in a healthy body by Rodrigo Alfonso

If I were asked to name one “positive” thing that the latest pandemic and lockdown has done, I would definitely say that it produced a very interesting and innovative new film genre; “Lockdown shorts”. “ Healthy mind in a healthy body” is the perfect example of such films, with what it holds as elements that makes a successful film. This film is truly a one man show or to be more specific a “ Rodrigo Alfonso” show who has proved himself more than just your average everyday filmmaker but rather someone who has what it takes to make it in the world of film.

The screenplay is really stimulating and mind provoking in a sense that “Alfonso” was able through his writings to transport the viewer into the intimate details of “Alvaro Alvarez’s” confined daily routine and have them live each and every moment as if they are stuck with him on his journey; be it the scorching daily heat, the shower, the meditation attempts or the catastrophic shortage of coffee reaction. Acting wise, again we see the talented “Rodrigo Alfonso” in the role of “Alvaro Alvarez” giving an exceptional performance; his characterization deserves a huge round of applause and is considered as a major pillar in the success of the work as he was able to keep us glued to the screen for the entire film time, an accomplishment that is not to be taken lightly since even the most experienced of actors would consider this to be a real challenge, the way that he was able to entertain the audience all by himself without falling into any monotonous pattern or becoming stereotypical proves that he is someone that understands the true meaning of proper character research and how to translate it into reality.

Technically, again and again we see “Alfonso” (first time director) doing his thing by giving us a mature and plausible piece of work; be it from the way that he breaks the fourth wall and have the actor address directly the audience (fig. 1 & 2) thus getting them all the more involved in the storyline, to the cinematography and his choice of camera angles and frames that translate a high level of maturity and understanding of the language of film making 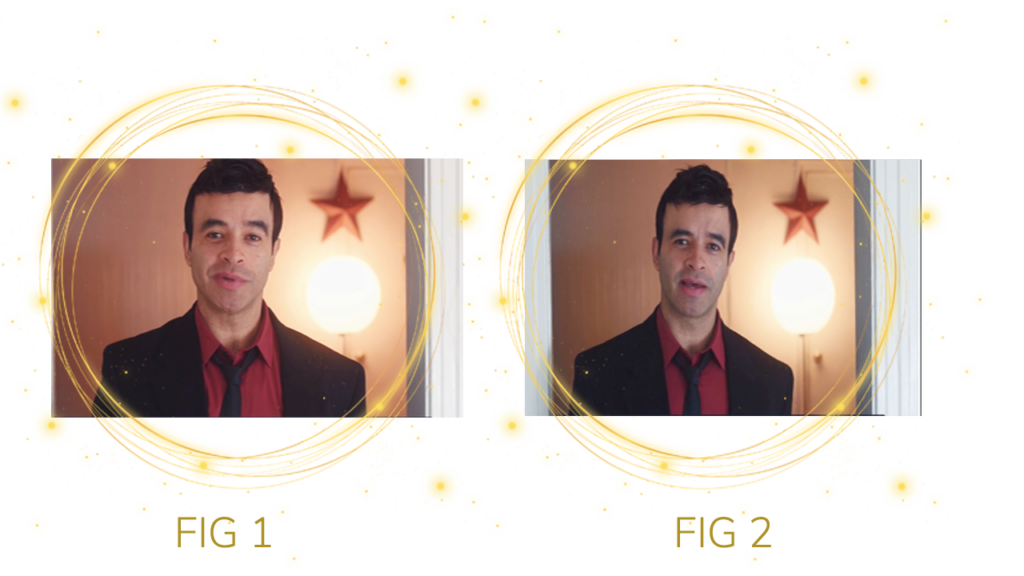 Fig. 1 & 2 : Involving the audience by talking to them directly

Another technical aspect that is worth mentioning is the color pallet used (especially the recurring red) (fig. 3 & 4) that fits perfectly the desired mood and translates the inner state of mind lived by our hero. 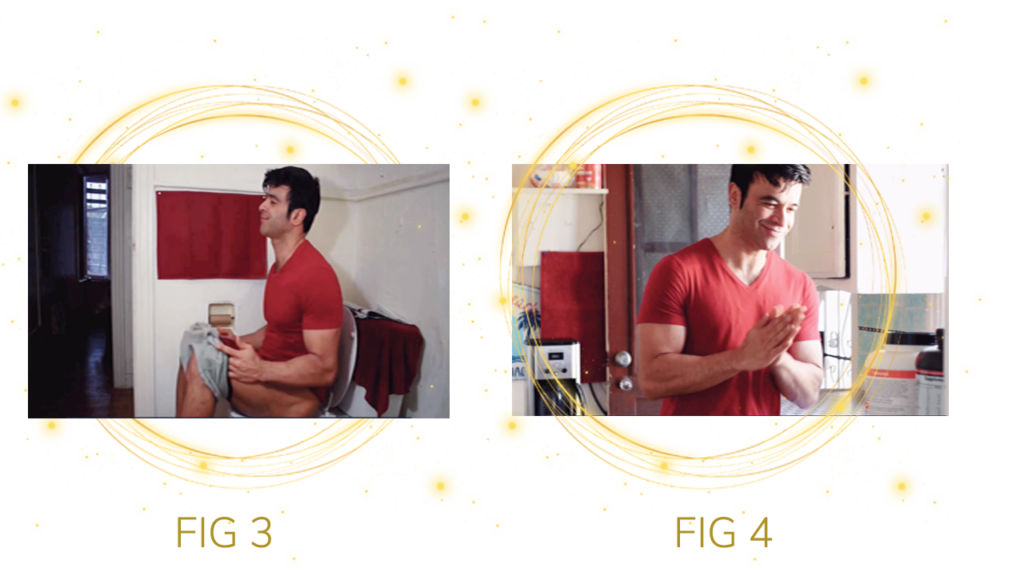 A third key element that propelled the work to a totally higher level is the witty and brilliant use of music; the sound tracks chosen did their thing in making each and every moment of the film all the more funny and enjoyable, the ability to do such a thing is not something to be taken lightly since it is very easy to fall into the “cliché” and have al the work ruined.

Finally, and as mentioned in the introduction this genre of filmmaking is proving itself to be a real trend and is allowing new film makers such as “Rodrigo Alfonso” to have the chance to showcase what they can do and display true talent. It is a definite must see film to all those who can relate or have been through the same experience of being confined and not knowing how to manage time, in order to get inspired and motivated to always keep “ A healthy mind in a healthy body”. 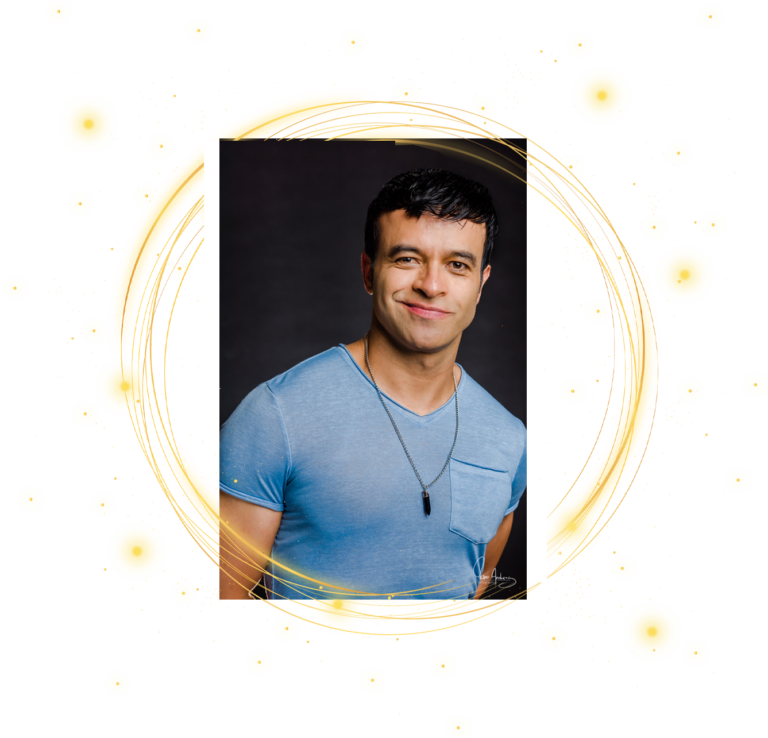 Rodrigo Alfonso is an actor from Bogotá, Colombia, where he initiated his theater studies. He’s been living in Los Angeles, CA for the last few years, and has received training in Improvisation and Acting Techniques among others. Rodrigo has worked on theater and school plays, short films, features, music videos and reality shows and is currently producing his own content. 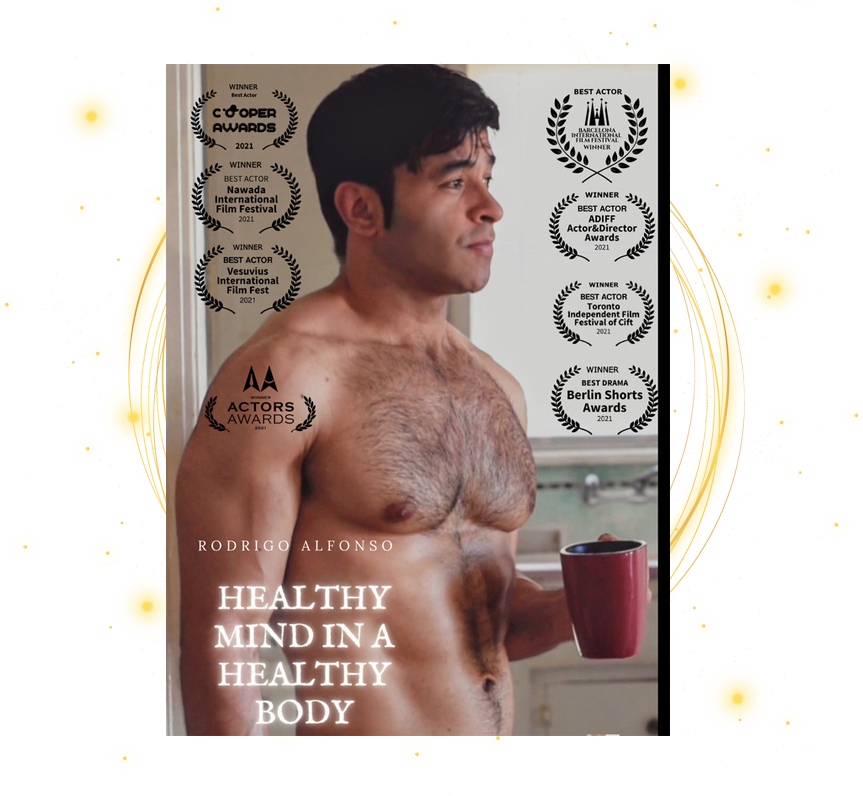