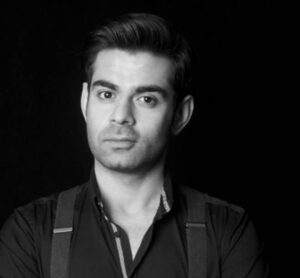 Hasan Qureshi is a Canadian independent filmmaker. He started making short films in 2010 while pursuing his Bachelor’s degree in Film. He’s played many roles in the field of creative arts from starting his career as a background artist in films to working backstage in theatre productions. In 2017, he started his film production company- Hasan Qureshi Films (HQF), and produced award winning films like Charlene(feature) and The Journey(documentary) we had the pleasure of Interviewing  him

Hello Hasan and Thank you for granting us this interview

[MIS] You started out studying Filmmaking and making short films with your smartphone and now you have your own production, what do you consider as the main roadblocks faced when you were starting out?

[Hasan] Initially there were very limited resources and not many platforms to showcase the work. Luckily now there are many platforms that host independent films and they also generate revenue with it.

Another problem was people like myself who shot with handycams or smartphones weren’t taken seriously so it used to be tough to convince people to act in the film. Although now smartphone filmmaking has become a common practice. 6-8 years ago it wasn’t. It certainly took time and a lot of work to get to this point, but there is still a lot more to achieve and roadblocks to cross.

[MIS] Among the three things that you are (Director, Writer and Actor), where do you find yourself the most?

[Hasan] I would say writing and directing because I believe in a certain kind of cinema, which is not produced a lot and I would like to create more of it. I also feel the material I write requires a lot of research. After spending so much time writing and researching I get a clear idea of how the final product should look like and at that point I feel only I can execute the project as director. Although, I do hope in future writers offer me their scripts to direct because I would like to take up the challenge of working with a script written by someone else.

[MIS] As an actor, which is more important to you—training or talent?

[Hasan] I think both, but the most important thing is to understand the character. You need to know the characters weaknesses and strengths to really sink into it which does require some talent. 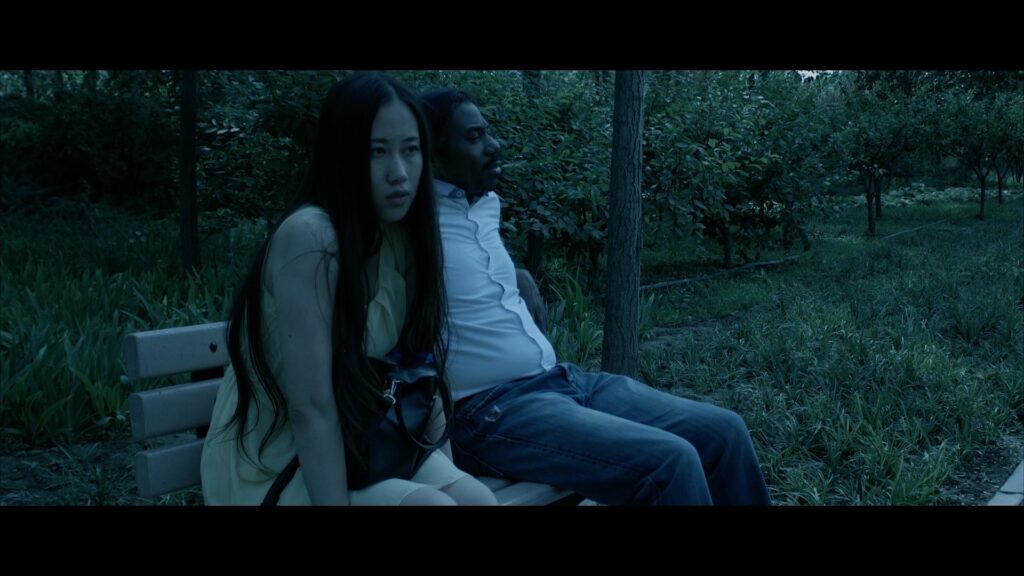 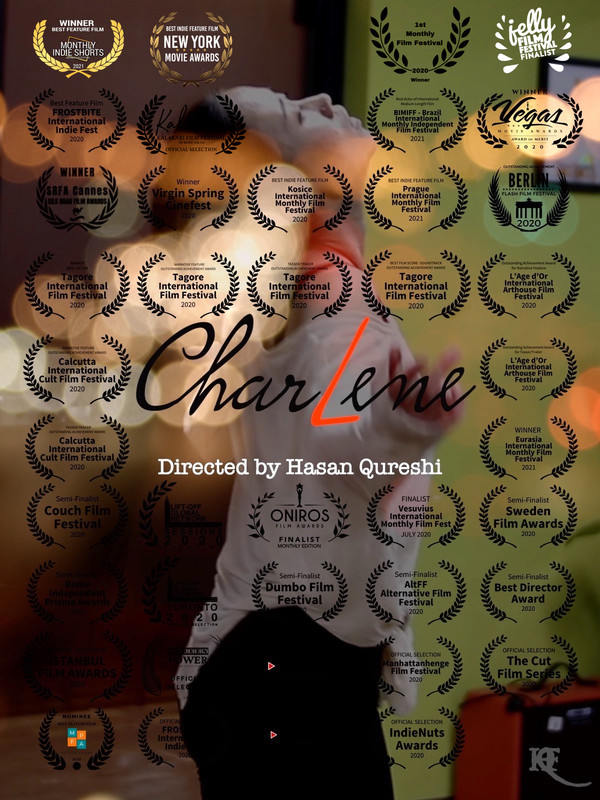 [MIS] What are the films that inspired you the most?

Hasan] There are many, but to name a few Taxi Driver by Martin Scorsese, Udaan by Vikramaditya Motwane, Volver by Pedro Almodovar, Train to Busan by Yeon Sang Ho, Gangs of Wasseypur by Anurag Kashyap & most recently Joker by Todd Philips & Parasite by Bong Joon-Ho. Inspiration never ends.

[MIS] What makes a great film? and what are the qualities that make a film succeed in your opinion?

[Hasan] A film that entertains and also conveys a message is a good film. A film that is loved by the audience and the critic, it has a great repeat value, and it recovers its cost is a successful film for me.

[MIS] Talking about “Charlene”, what did you enjoy most in directing it and what was the hardest scene to film?

[Hasan] The most enjoyable and toughest scene to film were the two dance sequences. The two sequences were shot 3 months after we had completed the rest of the film because Angela needed some time to prepare for it. It was the first time I was shooting a dance sequence and we had gotten room at school to shoot. I had only seen pictures of that room before we got there to shoot. Upon arrival I discovered the room was not as big as it looked in the pictures, but luckily we went there with wide lenses and somehow we managed to get the shots.

[MIS] The Script is based on an article that describes a girl walking of her marriage due to domestic violence, how was the writing process?

[Hasan] The article had a lot of sensitive details and it was more than just walking out of a marriage and domestic violence. So it was a bit challenging to pick which issue it needed to be talked about and also which one would be more relatable to an audience that is not familiar with the social environment of the place where the film is set. After further research I found out domestic violence is a common issue in many countries and mainly in small towns.

The idea was to keep the script as real as possible without hurting any sentimental values. It was also important to find a way to create a way for the two main characters to interact with each other. Which led to the old school way of use of letters and a character who cannot talk to strangers. Another important factor which I have experienced personally, but a lot of people may not be aware regarding the place where the film is set is that most women from small towns actually avoid interactions with foreigners. They get nervous when they see an outsider.

Lastly the most challenging thing to add in the script was what eventually happens to Serene and I did not want to give the wrong message but glamourising her act. Although, it is an unfortunately reality of the world which is why it was important to have another character with a serious issue to balance things out and see the outcome. The mistake of one character leads to being a lesson for another. 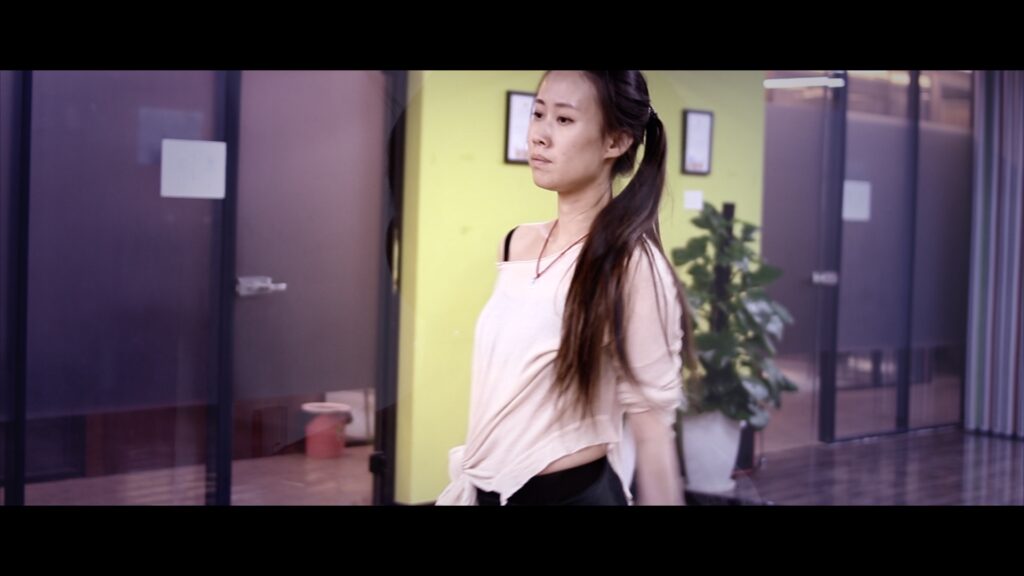 [MIS] How closely was the original script followed, and how rigorously did you stick to the script while shooting?

[Hasan] About 50 to 60 percent for both. Initially there were more dialogues in the film and there was another character of a female psychiatrist. But since there was not much information out there about anthropophobia so it was a bit tough to execute some scenes accurately. The first draft of the film was also 16 minutes longer in duration, but it wasn’t working well for Charlie’s character because he was engaging in conversations with his psychiatrist and the character needed to be quieter even around people he knows.

Later the scenes were changed into seeing the world from the character’s perspective. It was important to have the character solo in most of his scenes based on the information found during the research.

[MIS] How did you go about choosing the main actress?

[Hasan] Like mentioned earlier, I got the basic idea of the story after reading an article. A few months or maybe almost a year later Angela started posting her dance videos on social media. That’s when I got the idea of going back to the concept of Charlene and using dance as a tool to show the characters emotions. Another reason was her being a quiet person in real life which is also a trait of the character she performed. 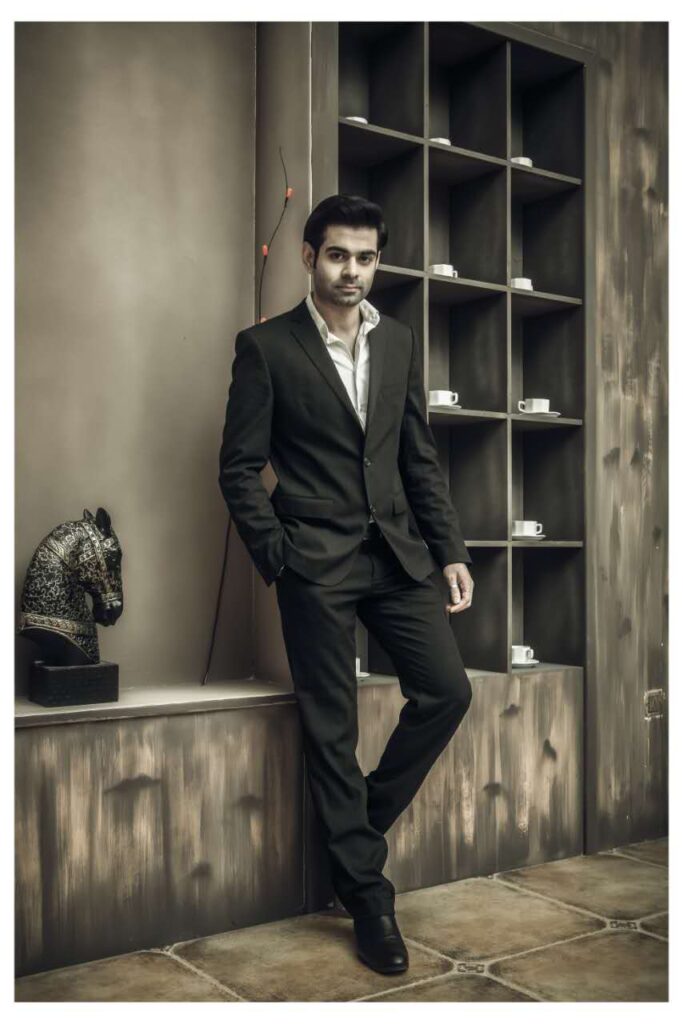 [MIS]  As an Actor / Filmmaker, how would you describe the experience of working with Nonprofessional actors?

[Hasan] The advantage of working with non-professional actors is that they come with a clean slate, unlike professional actors who have references from their previous work. There is always a bit of struggle period at the beginning for nonprofessional actors especially at the time of reading the script and first day of the shoot because they have this fear of being judged. That’s where a director’s job kicks in and as a director it becomes important to make them realize that it’s an act and whoever will watch the performance will judge the character. Once you’re able to win their confidence, it becomes easy to tweak their personality and they will go an extra mile for you.

Overall, it’s been great working with non-professional actors and I’ve been fortunate that every time I casted them in my films they worked very hard to perform their characters and did a decent job.

[MIS] Let’s talk about the directing of Charlene, you went for a slow pace in editing and a green/ bluish color palette in most of the scenes, tell us more about these choices.

[Hasan] The main purpose of keeping the pace slow was to gradually establish the world for the audience and familiarize the audience with the minimal surroundings of the characters. Once the audience is familiar with the set up they automatically become a part of it. It’s also the reason why most of the film takes place in two locations.

As far as the colors go, I decided to go with the muted color look in most scenes to create a melancholic feel.

[MIS] What was the purpose of the Choreography scene with Serene?

[Hasan] The main purpose was to show her psychological state and emotions through dance.

[MIS] If you got the opportunity to remake “Charlene”, what would you do differently?

[Hasan] I would definitely change the location and have a multi-camera setup for the dance sequence. I feel Angela’s choreography was amazing, but due to budget constraints and the reasons mentioned earlier, I was not able to execute it the way it was initially planned. 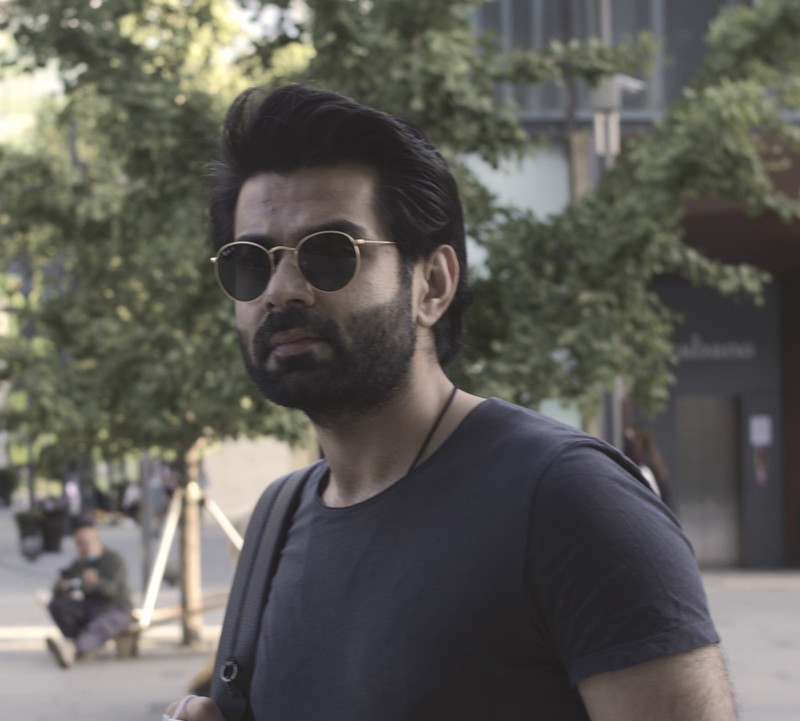 [MIS] Are you satisfied with how your film was received?

[Hasan] I am extremely satisfied with how the film has been received. While making the film I never expected it will be screened at close to 40 international film festivals and win 25 awards across 4 continents. Initially it was supposed to go on a streaming platform right after completion, but due to covid things got delayed and we took the festival route. Since then it’s been incredible.

[MIS] What advice would you give to someone who wants to start a career in the film industry?

[Hasan] Just go out and make your film. Try to get in the studios, but if the doors aren’t opening for you there’s a device in your pocket with a decent camera. Gather your friends and make your film with whatever equipment you have at your disposal. It’s all about getting your feet wet and getting started.

[Hasan] I would like to thank Monthly Indie Shorts for giving me the opportunity to talk about my film and my filmmaking process along with honoring Charlene with the Best Feature Film award. I wish Monthly Indie Short all the best for the upcoming season and hope to collaborate again in the future.