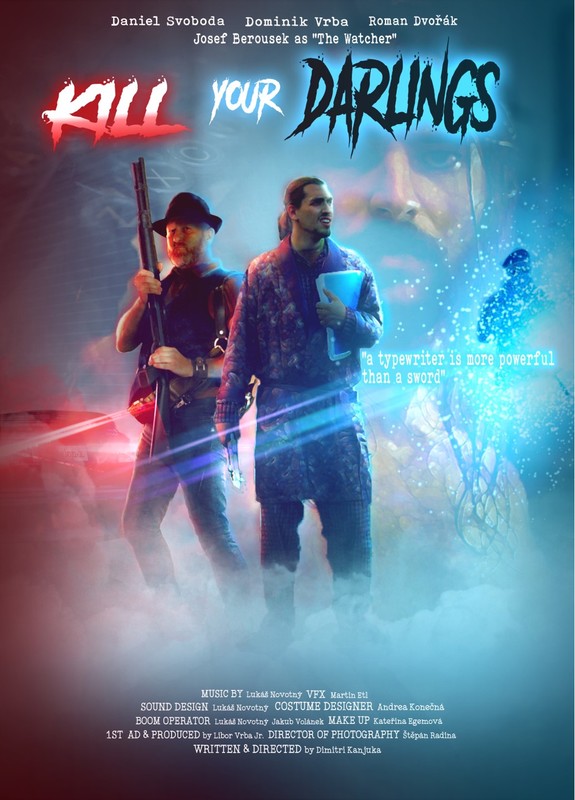 Kill your darlings by Dimitri Kanjuka

It is not very often that I watch a film that puts a smile on my face all the time while watching and gives me such good vibes that stays with me thru out the whole day; writer/director “Dimitri Kanjuka” did exactly that with his “Kill your darlings”, the ability to put together such a light yet professional piece of work is not to be taken lightly since it takes someone with real talent to pull it off.

The screenplay is highly stimulating and at the same time refreshing with its originality and witty script, it reflects the writers ability and imagination in presenting a well crafted storyline that takes the viewers into the imaginary world lived and has them feel each and every moment as it unfolds, the way that the plot is woven is far from the “cliché” sci-fi we stumble upon on daily basis, it is nothing less than original and fun to watch. Acting wise, the combination of “Dominik Vrba” as the writer and “Daniel Svodoba” as the traveler propelled the work into an even higher level of success; they completed each other in a manner rarely seen in such genre of work, they formed a great team that reminded me of “Michael Bay’s” famous “Bad Boys” team “Will Smith & Martin Lawrence” with their original and funny chemistry (Fig. 1&2). 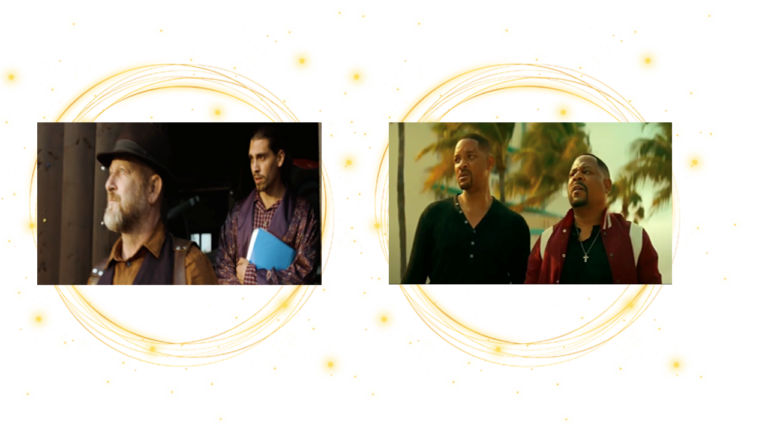 Not to forget the great acting skills of  “Roman Dvorak” as the killer who knew how to professionally use his facial expressions and body language to give his character a unique presence and leave a positive impression on the viewers, talking about facial expressions all actors had that certain moment that made us smile (Fig 3,4&5) even in the times of danger or when death was near. 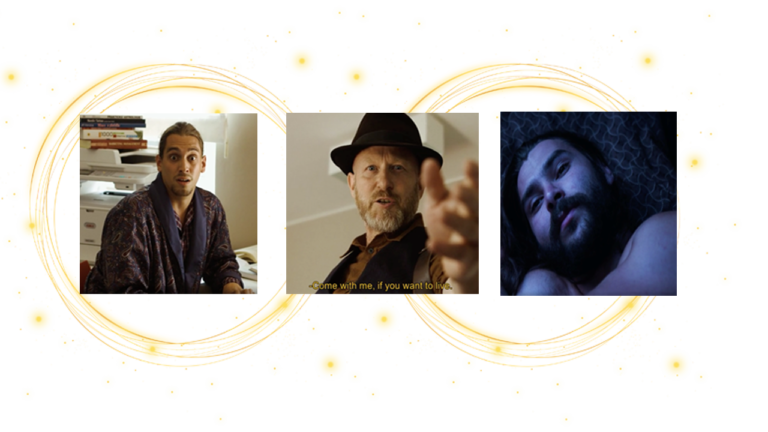 Technically, again we see the talented “Dimitri Kanjuka” at work, from his choice of frames, angles and color pallet to the editing and the overall cinematography reflecting a high level of maturity and understanding of the true language of film making, the special effects used are also to be mentioned since they fit perfectly and are not overly abused. The music comes as the cherry on the top, due to the fact that it gave an extra sense of enjoyment to the work at hand and was not an element of distraction whatsoever. The art direction is an essential player in the outcome; it is constructed in a very professional manner with extreme care to each and every minute detail, be it the placement, props, costumes and the overall composition they are all worked in perfect harmony to deliver the desired effect.

In the end, this film is a definite must watch, not only once but several times for all the reasons mentioned earlier and much more, it real transports us from our reality and takes us on a fun journey into the unreal with all the amazements and wonders that come with such a trip. A final standing ovation is due to the talented writer/director “Dimitri Kanjuka” and the whole cast and crew for giving us this breath of fresh air amidst all the chaos and madness that our world is going thru, we will be definitely on the lookout for “Kanjuka’s” future work and will be awaiting what he has hidden for us in the future as he will definitely be leaving a huge mark in the film world if he continues with such a spirit and dedication towards his professional career. 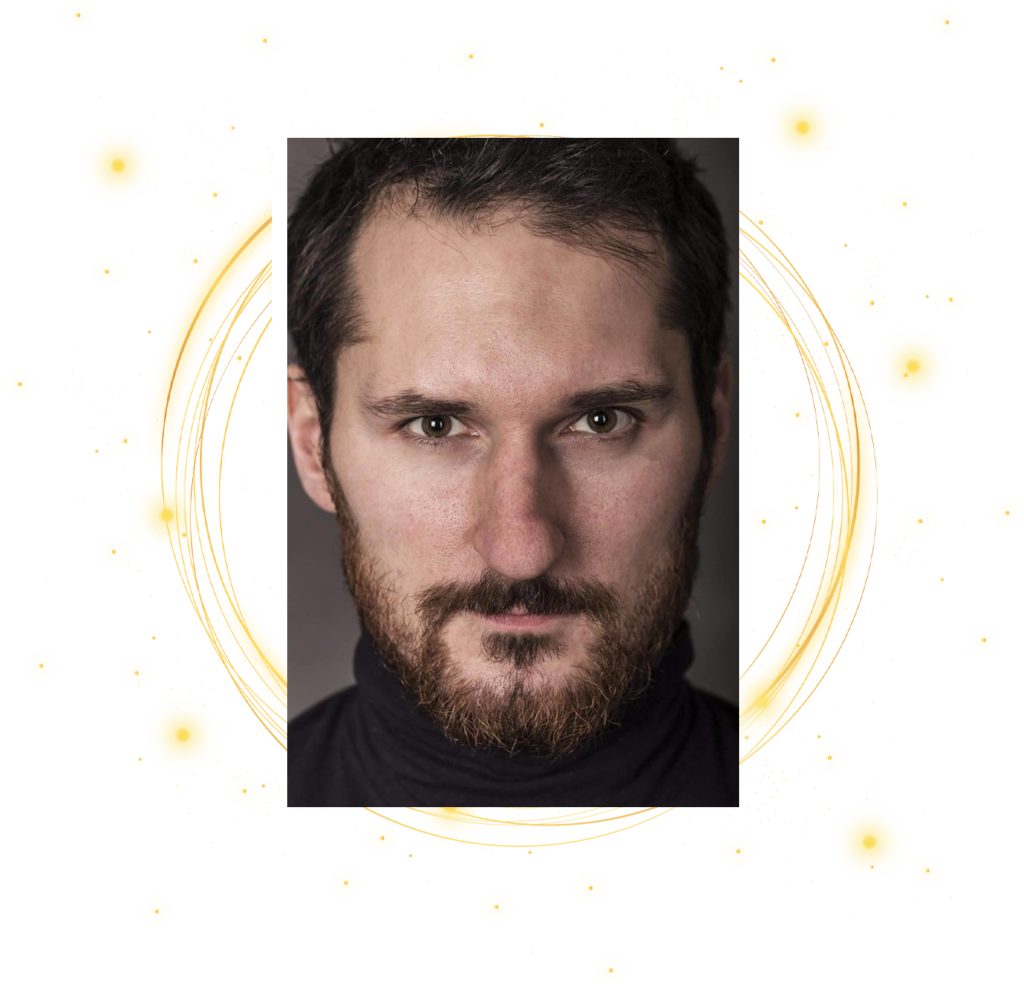 Dimitri Kanjuka was born in 1987 in the East of Ukraine. He was brought to the film by his friend Alexandr, who died in 2012 at just 33 years of illness called muscle dystrophy. Since young age Dimitri watched sci-fi and horror films like The Terminator, The Nightmare on Elm Street, The Aliens, etc. At the age of 10 he moved to the Czech Republic and in the fifth grade he directed his first short story. That was the moment when he decided to be a director.
During the years he has sold several screenplays to film productions and television and made several video clips, but later he focused mainly on directing short films. His love for the film led him to the position of a stuntman, where he met his future filmmaking buddies. Every experience gained escalated in their most ambitious projects called Slayer, Ghost Radio, The Curse, Monsterbook and now Kill your darlings.