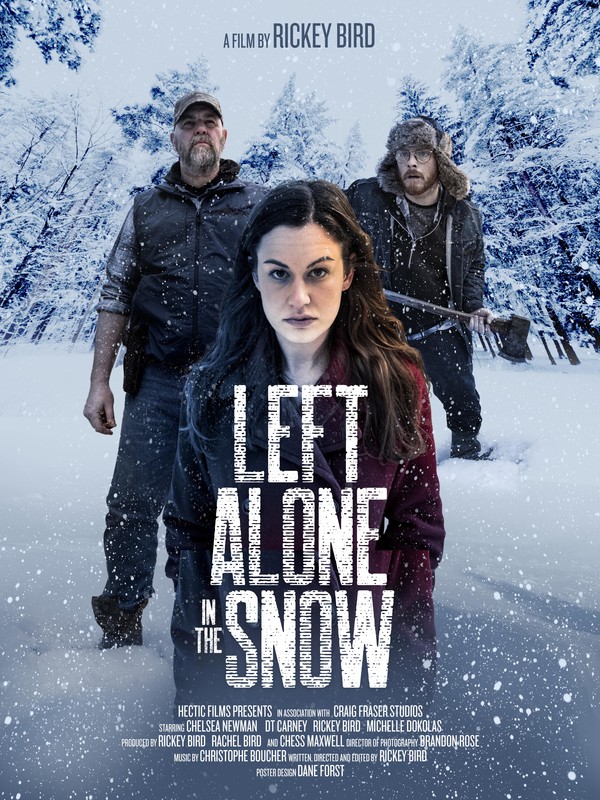 Since personally I am a huge fan of horror shorts, it is always a delight to watch and review this genre, at the same time I am usually worried that I will be disappointed with a less than an expected piece of work. What can be said about “Left alone in the snow” is that it did not only hit the spot but also succeeded in transporting the viewer into the events of each and every scene as if they were the ones living in that isolated cabin with dangerous predators lurking around.

Writer/director “Rickey Bird” was able to deliver a tightly knit screenplay with a very smart twist that would alter the course of the film and take it into another direction. The only loophole in the script is in the final chase scene; when “Teddy” is chasing “Lily” and she has the gun and he only has a hatchet, this doesn’t seem to be logical since he should be afraid that she would turn to him and shoot. Acting wise, all three main characters accomplished a more than a good job and gave real characterization through mastering their body language and facial expressions, a task that is not always easy when working on this genre of film since we more often than not see actors falling into the “cliché” and are unable to give credibility to their role.

Technically, from its opening aerial scene that follows the moving vehicle, we are reminded by the same sequence from the legendary film “The Shining” directed by none other than one of the main pillars of cinema “Stanley Kubrick”, even the fact that the main character is locked up in a cabin in the snow resembles the overall setting of “The Shinning”. The clever manipulation of the elements of cinematography by director “Rickey Bird” demonstrates his true understanding of the language of film; be it from his choice of camera angles, framing to the editing style used they are all added values in the overall attainment of the work. Another element to be commended is the special effects make up used that was really effective and more than convincing. As for the background music used it served properly its purpose and enhanced the desired mood when used.

In the end, this film is a real enjoyment to watch for all horror/thriller genre fans since they will be more than satisfied with what they will be getting. 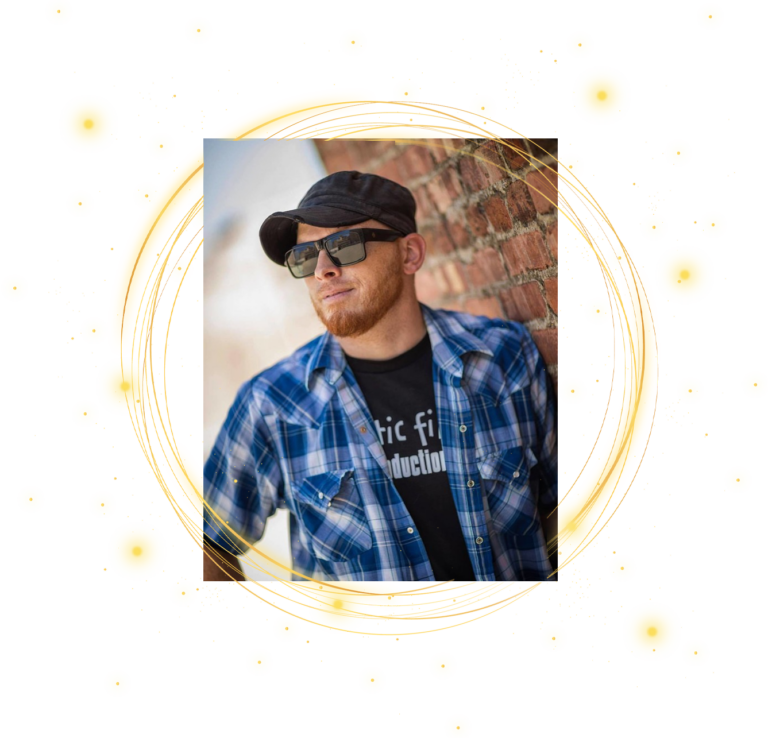 Rickey is known for his guerilla-style filmmaking and his creativity with little to no budget. Rickey has a love for filmmaking and it shows in all his work both on and off-screen. He has also written a book, Cheap Movie Tricks: How to Shoot a Short film for under $2,000. His hope to help other low-budget filmmakers achieve their dreams of making movies no matter how big their idea.