Named after a role playing game that allows players to take the roles of giant transforming robots, gives the viewers a heads up on what they are about to experience when watching “Mechamorphosis”. Early on, it is obvious that this is not your average everyday animation, but a serious and extremely well crafted piece of work.

Working on such genre, is always a double edged sword since one can easily fall into the trap of being dull and tedious, which for sure is not the case with the work of director “Tan” who exceled in combining numerous elements resulting in what can be described as a praiseworthy and admirable film.

Going back to the title “Mechamorphosis” and the reasoning behind this name, clues start to unravel as soon as the film starts. The story itself is an absurd and dark projection of what could be the future of the new generation with all the technological advancements available and being tested, it shows how humanity is dissolving slowly into the “AI” realm in the name of a “better” and more advanced producing individuals but will this new world order prevail in the end or will the human side make a come back and prove that its not just about living as human beings but its about how we live our humanity.

Technically, again the director demonstrated great directorial skills and understanding of the language of film in his choice of frames and shots, allowing the audience to dive into the story as if they are present in each and every scene, add to that the genuine and convincing pace of  editing formed a crucial added value to the overall outcome, the skillfully chosen sound effects made it all the more realistic and interesting to follow, as for the music it perfectly fitted the mood and was not overly used and served its purpose just right. Talking about the drawing creativity, it’s a definite hats off for the brilliant talents that worked on sculpting each and every detail in each and every scene, they really proved great skills and talent in creating an instant relationship between the viewers and each and every character being drawn.

Finally, “Mechamorphosis” is a must watch as it really sets new standards in the world of animation, and the viewers will definitely be awaiting for director “Tan’s” next achievement, hoping that he can match this piece of work if not create something even better. 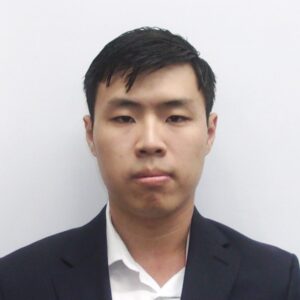 Bowen Tan is an independent animator and director.
In the past 4 years, he finished several shorts, including Multiple Love, a live-action short, Recording, an VR comedy short, Prison Break, a stop-motion animation and some other projects. After finishing award-winning Animation, Clown, Bowen focus on 2D animation from then on and Mechamorphosis will his second 2D animation.