The concept of causality, or the relationship between cause and effect and that everything happens for a reason is the central axis of this work, the idea presented by director “Vladimir Vera” is not something new, but what makes it a success is its originality and the way he delivered it. Using a narrator to accompany the viewer can be a double edged sword, in a sense that the outcome can become monotonous or it could alienate the viewer thus losing any interest in what is being presented, which is definitely not the case here, in fact it is the total opposite, the narrator played by “Fedora Freites” kept us on edge wanting to know what will happen next and what would be the final outcome.

The way the script is interwoven and how its events are connected achieved the desired effect of originality and uniqueness, but the narrative development was a bit anticipated at one point and could have been dealt with in a different manner to serve the final outcome in a more enhanced manner. Acting wise it is to be commended especially that little or no dialogues existed which makes the job of the actor all the more difficult, in particular the actress “Jeannette Flores” who displayed great skills and professionalism using her body language and facial expressions.

Technically, and from the opening scene the director showed unconventional talent in his choice of putting the narrator overlapping with the scene that she is describing, add to that the smooth transition between the scenes gave the viewer a sense of direct involvement with the ongoing events. The camera movement and choice of frames proved “Vera’s” deep understanding of the language of cinematic values as he was able to convey his vision in a unique and distinctive manner. As for the choice of music it suited the overall mood of the work and was not overly used and did not cause any form of distraction to the development of the ongoing events.

Finally, “Moebius” is an original piece of work and a real enjoyment to watch, as it proves that even thou the topic at hand has been treated previously, but thinking outside of the box (what Vera did) opens the door for others to follow his lead and take up such challenges, since he proved a high level of professionalism and seriousness in this experience which makes us look forward for his next accomplishment. 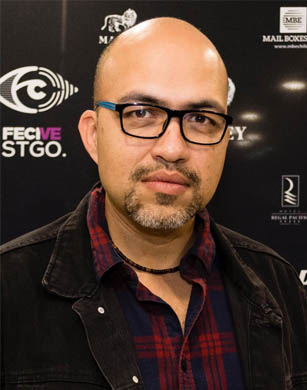