It is always interesting to try and delve into the mind of someone who is on a guilt trip to try and discover how distorted they could become and how would they deal with the consequences of what they have done, as the director “Colby Cyrus” himself puts it: “ There are always consequences for your actions”. The way that this film deals with the struggle of having to take life changing decisions and hoping that it won’t lead to more disastrous results is very witty and well crafted with a definite unexpected ending.

The screenplay was written by the director himself which truly reveals how a multi talented artist can come up with such plausible results when it comes to both being a director and a screen writer; it is a multi-layered script with a twisted end that was anything but expected. The ability to transport the viewer into the mind set of each and every character through the tightly written dialogue is not something to be taken lightly and could present a real challenge to the best of writers. As for the acting, it is obvious that “Cyrus” knew how to pick and choose each and every one of the actors and was able to create a more than a homogenous atmosphere between them to the extent that this performance can be considered as a main pillar in the overall success of the work, the way that each and every actor uses their facial expressions and body language reflects a high degree of professionalism and proves that there is no such thing as a minor role and a major one; they are equally important and can make a film or break it and that is a notion that again the director excelled in working on took careful attention that all of the actors are very much aware of their characters and know exactly what is expected of them.

Technically, the first thing that comes to mind is the level of maturity that “Cyrus” displayed as director; be it in his understanding of the cinematographic elements that makes a real film or in his ability to manipulate the diegesis through his work. From its opening scene, the film opens up to a specific mood (Fig.1 & 2) mixing blue and red lighting reflects both a cold (blue) and warm (red) mood this mix semantically implies a mix of emotions within the character and shows a sense of being lost with no sense of judgment on what needs to be done.

In the same opening sequence we see (Fig. 3 & 4) the wide shot with “normal” living room lighting while when we cut to the medium/close up shot we go back to the same mix of blue and red lighting that reinforces the desired effect we discussed earlier that the character is lost and unable to think clearly.

The framing and camera angles are also to be much admired and discussed as at some point they reminds us of prominent directors work such as the birds eye view shot on the grass (Fig. 5) that could be linked to the almost same shot in Darren Aronofsky’s master piece “Requiem for a dream” (Fig. 6) where in both films the characters are dreaming of better days to come, love and a happy life.

Moving on to the music used it is also very well crafted into the work, in a sense that it enhances the desired mood without interrupting the flow of events.

In the end, “Muddy Water” is a real audience pleaser and is highly recommended to everybody that is interested in watching a superb piece of film making and first time director “Cyrus” is definitely someone that we will be on the look out for in the future for he has proven that he could easily make it in the realm of professional film makers. 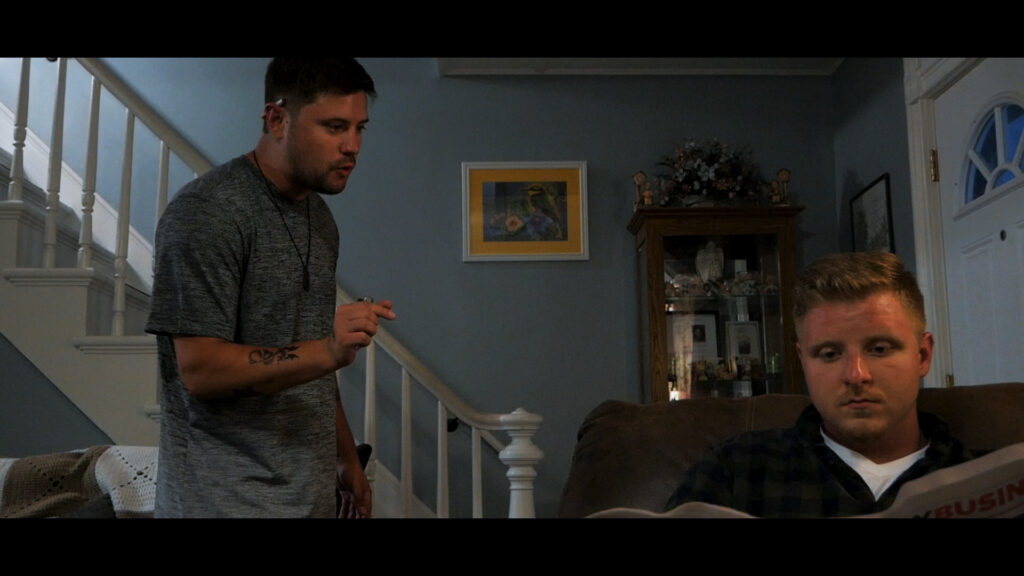 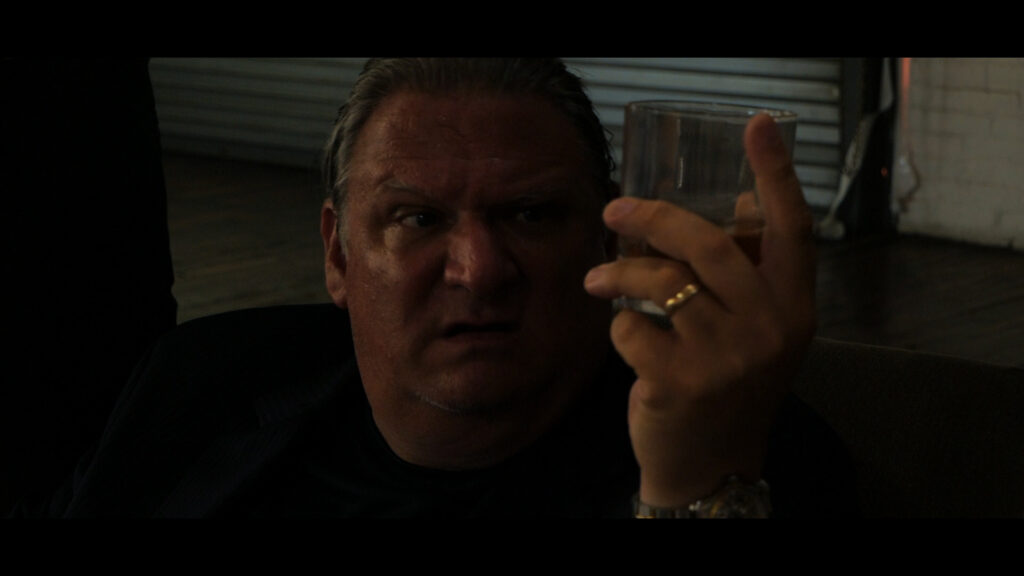 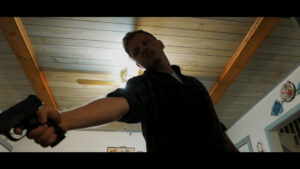 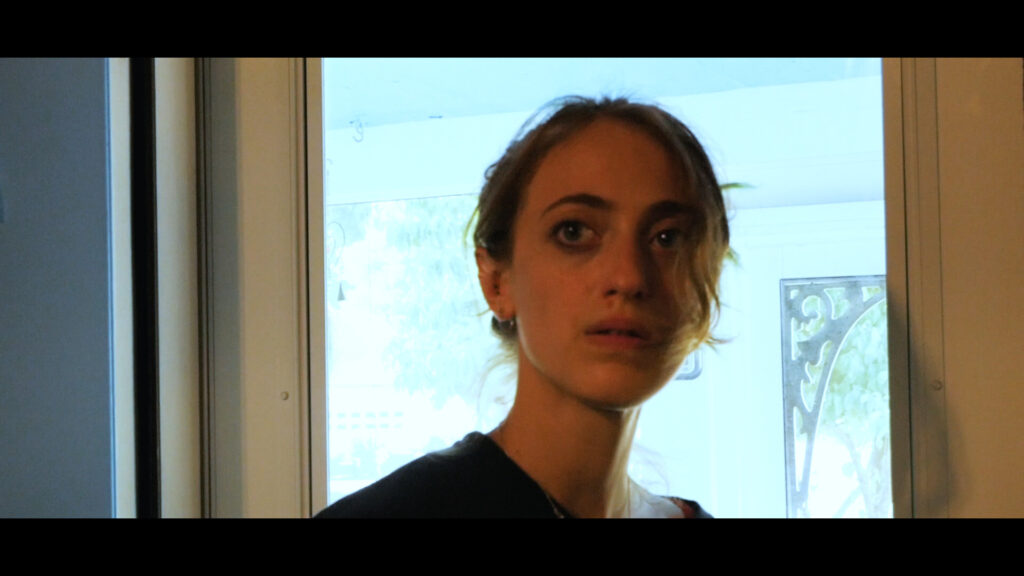 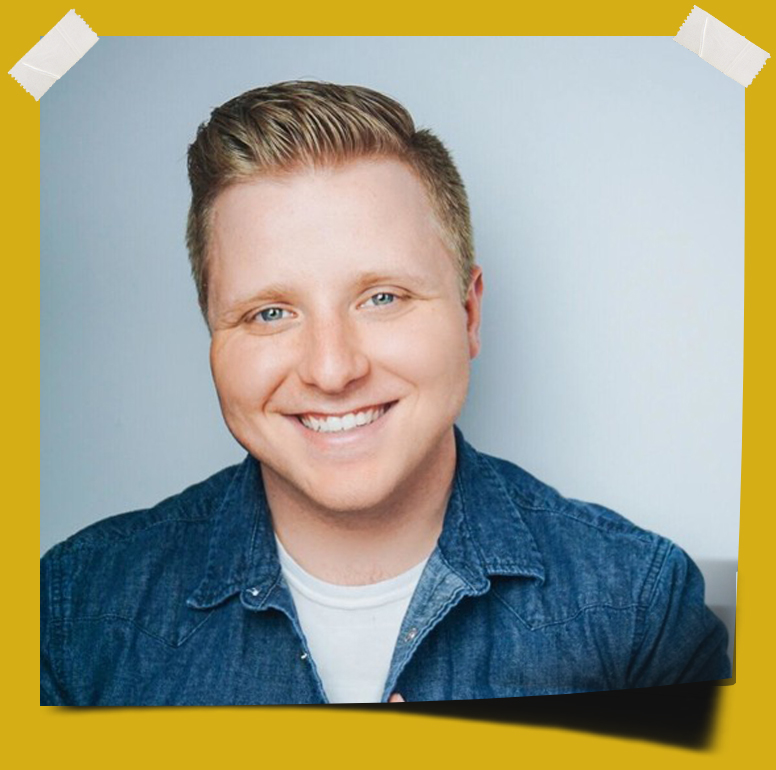 Director Colby Cyrus grew up in the small town of Moosup, CT. At age 21 he moved to NYC to attend acting school. He worked on numerous productions as an actor and crew member. He is a partial owner of SKI Productions with his colleague Andrew Medieros. When the opportunity to direct was presented, Colby was ready. He wrote,directed, and starred in his directorial debut “Muddy Water”. His main goal is to continue directing film at a high level for many years to come.