The first thing I did after watching “smoking kills” is making sure my house windows are locked and my kids are safely playing in their room, this proves the impact and success of the work in transmitting the desired message and reflects genuine professionalism from first time director “Steven Luchel” who was able in less than three minutes to deliver such an intense and real piece of film making.

Script wise, again “Steven Luchel” gave us just the correct amount needed to transmit the overall mood of this happy family that would end up traumatized by what is to come, the acting was as light and persuasive as the dialogue with the spot-on emotions needed from a smoking addict who could not resist the last cigarette puff, as for the baby it is well known that it is not easy working with them as they are really unpredictable but this is definitely not the case here; although we did not get the chance to see a lot of him, the adorable facial expressions displayed got us attached to this little angle and multiplied the trauma received.

Technically, the choice of black and white holds a semantic connotation as to the ill fate that will strike and through the director “Steven Luchel’s” manipulation of the diegesis he delivered a mature and well-crafted final product. The usage of close ups at different instances in the work added to the emotional outcome and forced the audiences into the realm of the film as if they had the chance to be present in each and every scene but without the ability to stop the tragedy from occurring. The lack of any music and the reliance on beautifully selected moments of silence enhanced the desired overall mood and played a major role in chocking the viewers and have them jump off of their seats.

In the end, and as mentioned previously “Steven Luchel” has definitely proved that you do not need more than just a few minutes to be able to succeed in transmitting more than just a powerful message but also a wake up call implying that catastrophic events can and will happen if we are not responsible enough. Having said that, the film is a must see and we will be unquestionably on the look out for any future projects by the “first time” writer/director “Steven Luchel” for all the reasons stated above and much more.

grew up in a family driven by passion for arts and cinema. As I grew up, I naturally made a living from acting and directing, mostly for TV shows, music videos and ads, but with one thing on my mind : Making my own movies.

Today, I step up in my dream.

Smoking Kills, as my first short movie, marks my debuts in fiction. 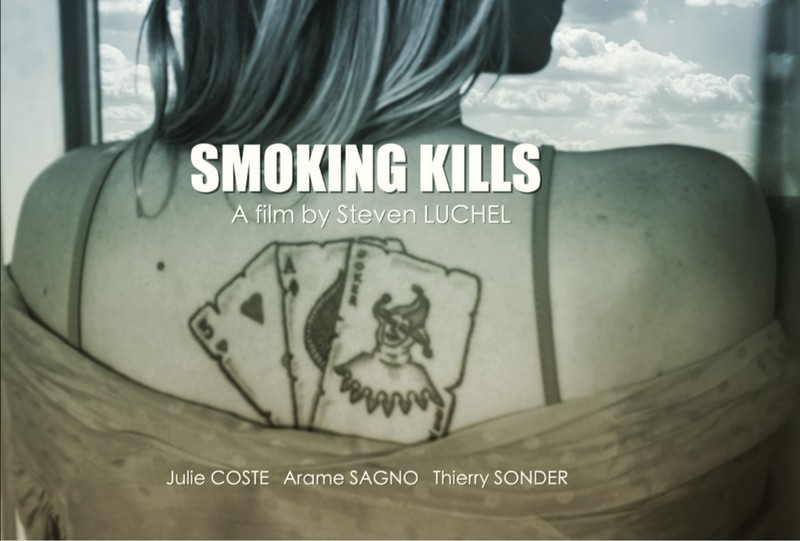