The Chant of the Sea by Walter Della Mura

From its opening sequence, the director “Walter Della Mura” succeeded in creating an enchanting mood that would capture the audience in a brilliant manner having them stuck to the screen till the last moment of the film; be it the script, the acting, the mise en scene, the music or the technical aspect of the work are all elements that makes “the chant of the sea” a success story and an achievement to be proud of.

Looking at the narrative, the plot contains several cleverly woven together elements and raises several ingenious questions, such as why the sad and melancholic mood all thru the film or what is the relation between the father and the sea and what is behind his rejection of fulfilling his son’s desire in joining him at sea, and many more questions that leaves the viewers pondering and trying to figure out this excellent story line.

Acting wise, the harmony between all cast members stipulated an exceptional performance that propelled the work to a higher level of professionalism and proved to be a major corner stone in the overall success of the work, especially when talking about the performance of the  young talent “Paolo Tirino” who was able to convey his role in such proficiency that mature and experienced actors would find difficult, his ability to control his body language and facial expressions were a real joy to watch and learn from.

Technically, the synergy between the slow pace of editing, long shots and low-key lighting adds to the melancholia and estrangement factors wanted by the director as supporting elements to the development of the story. On the other hand the use of handheld camera conveys a sense of realism and breaks the fourth wall thus transporting the viewer into the action, making him part of what is happening. The exceptional choice of music used not only provides an extra feeling of tension but also brilliantly underlines the essence of the work, making it the cherry on top of this experience.

Finally, hats off and a big congratulation to director “Mura” who was able to prove his ability and competence in understanding the true essence of the language of film, especially at such a young age, he has shown real maturity and experience in making “the chant of the sea” an audience pleaser and a film that is not to be missed. 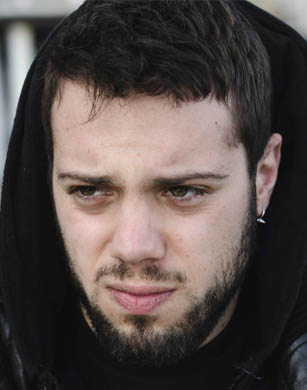 Walter Della Mura is an aspiring director who lives between Maiori (Salerno, Amalfi Coast) and Naples, where he works and studies.
He graduated in 2020 from a BA in Photography, Cinema and Television at the Accademia di Belle Arti in Naples. At the moment, he is studying for a Master in Cinematography at the Pigrecoemme School of Cinema in Naples.
As scriptwriter and director, Walter realised small advertising videos and three short films. Among them, “Il ritorno” (The return), is worth to be mentioned; “Il ritorno” is his first short film, which took part in the Neapolitan short film festival “Cortisonanti”, and ranked second in the category “Sport”.
The other two short films, “Connessione” (Connection) and “L’ultima volta” (The last time) are exercises in style, useful in order to practise what he learned at the Accademia and to express his creativity.
Walter has a keen interest in European auteur cinema. He is fond of stories which, using cinematographic means, can create strong emotions and make the audience think about life.
In 2019 he realised, as scriptwriter and director, “Il canto del mare” (The song of the sea), short film about a difficult relationship between a father and a son. All is mixed with a fantasy atmosphere.
Many of the actors involved are particularly known in the Neapolitan scenario, as Stefano Miglio and Roberta Misticone.
Another short film, written and directed by Walter, is in pre-production: “Maternage”. The main character will be portrayed by Anna Rita Vitolo, actress in the famous tv series “L’amica geniale” (My Brilliant Friend).