THE PROGRAMME by Antony Spina

It is not everyday that we stumble upon a more than a good fictional documentary that is able to keep us on our edges for the entire projection time; this is exactly what “The Programme” was able to do, it is much more than just another documentary with a twist but rather it sheds light on a very critical topic and suggests a very plausible solution that could become a reality in the near future. Writer/director “Antony Spina” mastered the ability to mix both talents and come out as a real winner with his final product.

Since this is a fictional/thriller documentary, the way its script is tightly woven reflects the level of mature writing that “Spina” enjoys, especially in the smooth flow of scenes and events by which he was able to transport the audience into the world convicts and the morality of the issue at hand. The actors are more than just an added value to the work but rather the gem that resides on its crown, the way that each and everyone one of them was able to use their body language and facial expressions to bring the characters to life was amazing to the point that if we didn’t know that the whole thing was scripted and staged they would definitely pass as the real character that each one of them portrayed.

Technically, from the editing of its opening scene it was obvious that this isn’t a work of amateurs; the way the fast cuts of the news are intertwined and carefully mixed revealed early on to the audiences that they are in for a rough ride, lighting wise we have more than a few instances that could be dissected; for example the sequence where we see correctional officer “ Michael Buchanon” talking for the first time, while he is driving the shot becomes overexposed with a bright white light (Fig.1 & 2) at the same time as he is saying: “ I believe in good and evil”, this white light is an embodiment of what the officer could be (since we don’t know him yet), is he part of the light (good) or is the light there to burn him (bad).

On the other hand we have several semantic connotations embedded in the types of shots and framing; “Spina” chose to squeeze the characters in different instances at the edge of their frame instead of giving them proper “Nose Room” which directs the viewer towards the attention of the character, by doing so he is semantically implying a state of annoyance, frustration and a kind of suffocation within the character, (Fig. 3,4 & 5 ) are perfect examples where we see respectively officer “Buchanon”, professor “ Rutterford” and prisoner “Summers” being framed in that manner.

It is obvious when one looks at all the elements of cinematography and of the “mise en scene” that we are dealing with a final product that reflects real maturity and understanding of how to manipulate all these factors that would allow the viewer to live the experience as if he is part of what is going on.

In the end, and as mentioned in the beginning it is a one of a kind fictional documentary that we don’t stumble upon often with such high end quality of filming, it is a definite must see. The final congratulation goes to writer/director “Spina” who is undeniably (as he says) a creative and imaginative person, in hopes that these traits would deliver more and more state of the art productions such as “The Programme”. 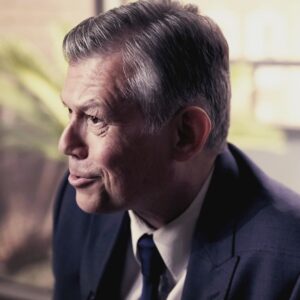 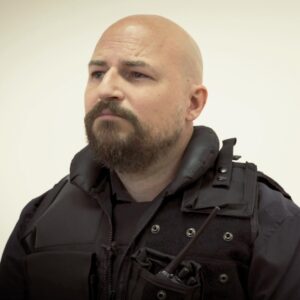 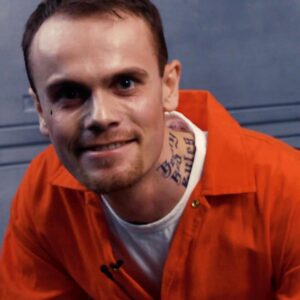 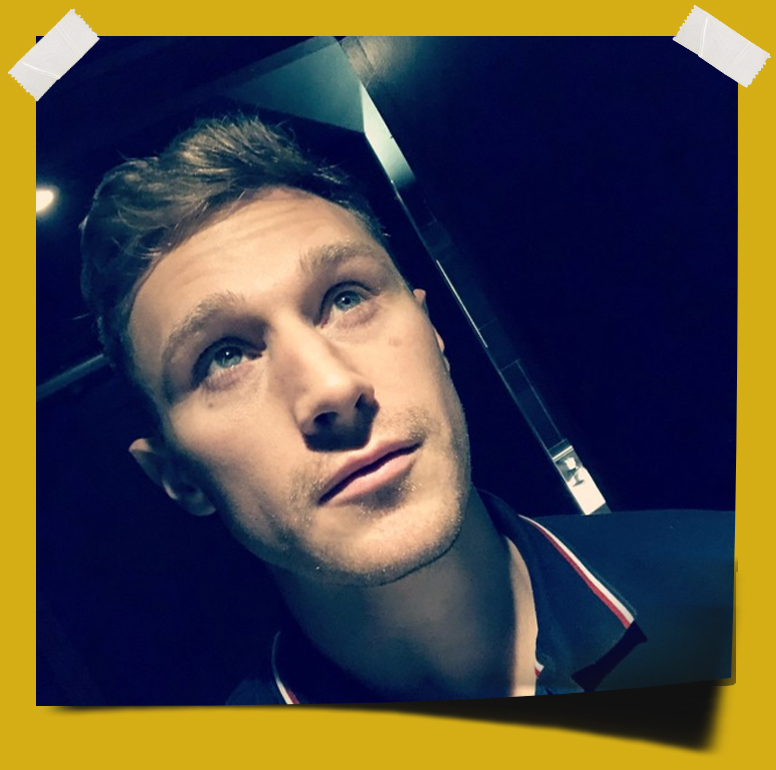 Hi, I’m Antony from London, England. I’d like to think I’m one of the most creative and imaginative people I know. I’ve been writing stories since I was a wee nipper. And just love coming up with ideas that I try to turn into interesting scripts, full of suspense, thrills and laugher. 2 of which I managed to turn into films that both got fantastic reviews and 1 of them, I was brave enough to enter into the festival circuit. And was utterly blown away that it won a bunch of awards, I’m very pleased to say :). All in all, I just love telling stories. And I think I’ve managed to prove to myself I don’t complete suck at it, which of course is great. But I’m looking forward to learning more as I go and becoming the best writer/director I can possibly be.