The Unnecessary Salvation of Mary McDaniel by Julie Carmen

Looking at its title, we are directly more than intrigued to delve into the

story of the so-called “Marie McDaniel”. A real emotional roller coaster ride is what this film is; from the very first sequence the viewer is thrown into a world that resembles nothing but itself with a more than a successful job done by director “Julie Carmen” who was able to prove herself as a class A director.

A standing ovation is due to the brilliant “Herman Johansen” who perfected the art of screenwriting with this piece of work. The maturity in which he developed each and every character by giving them a unique path to go by reflects the true understanding of what makes a script worth the while, add to that the skillfully knitted dialogues formed the main pillar to the attainment of the work. Acting wise, it was a purelybreathtaking experience watching all of the actors on screen, the ability to master facial expressions and body language without getting up from the chair for more than twenty minutes is a task that even the most experienced of actors would think twice before doing, add to that the impeccable characterization and research of the mental state that these personalities had due to past experiences, reflects the seriousness and dedication of each and every cast member (you guys rock !!!).

Technically, the work reminds us of the quote “There is beauty in simplicity” and this is exactly what director “Carmen” went for which is not an easy thing to accomplish and shows a real understanding of the language of film; from the smart layout of the “mise en scene” to the overall cinematography one can not but admire the result. The low light used on the characters semantically implies the state of mind these characters are in, add to that the symmetrically fixed framing also implies the “status quo” situation. The straight cuts editing allows the audience to focus more on the script and the different actions and reactions happening. The minor use of music also allowed the same effect as editing and was used just at the right moments further enhancing the mood.

In the end, it is without a doubt a real “must see” film not only for all the reasons stated above but also for the moral learned from this work; we really need to think before judging others and every human being deserves a second chance. 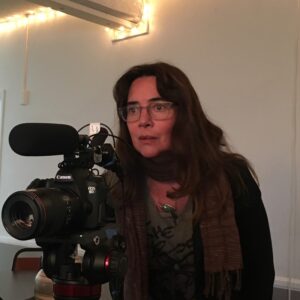 Born and trained in New York City, Julie Carmen began her acting career off-off-Broadway, danced on Broadway in “Zoot Suit” and won the Best Supporting Actress Award at the Venice Film Festival for her role in John Cassavetes’ Gloria opposite Gena Rowlands. Julie studied extensively with Sanford Meisner at the Neighborhood Playhouse, with Uta Hagen at HB Studio and more recently with Patsy Rodenburg. Julie joined the Academy of Motion Pictures Arts and Sciences in the class of 2016. She was inducted into the New Mexico Film and Television Hall of Fame in 2018 for her iconic Southwestern roles in Milagro Beanfield War and Gore Vidal’s Billy the Kid. Julie sat on the Board of Directors of IFP/West Film Independent for six years and Women in Film for four years.