To Kill a Truth by Kiriakos Kotsinis

Shedding light on a topic that is extremely controversial and very elusive nowadays such as corruption, is not always a task that an average director would want to tackle, “Kotsinis” not only accepted the challenge but excelled artistically in delivering what could be considered a real piece of mature film making.

The screenplay goes on further in revealing the talent of writer/director “Kostinis” who was able to deliver a multi-layered script with a very plausible and witty flow of actions that kept the audience on their feet till the very end. Acting-wise, actor “ Kosmas Markis” brilliantly proved that you don’t need a dialogue based screenplay to be able to excel in giving character to the role at hand; by relying only on his facial expressions and his body language he was more than able to convince the viewers and have them live each and every moment of his ordeal as it unfolded.

Technically, again one cannot but applaud such a work and the man behind it (Kotsinis) who proved his true understanding of the language of film and the effect of a well-crafted cinematography. From its opening sequence and throughout most of the scenes, the contrast in lighting (chiaroscuro) and the shadows created had a mesmerizing effect that propelled the movie into becoming a great piece of work. The choice of frames not only served the purpose intended in a very subtle and symmetrical manner but also transported the audience into the world of the film; for example in the scene towards the end where the main character is freed by the homeless man and they are face to face, the director goes for the frame in frame shot to heighten the characters feeling of being observed, as well as the viewers experience of observing them which reminds us of the masterpiece “In the mood for love” by the director “Wong Kar-wai” where it was extensively used. A lot of work had been put on the choice of music and sound effects to be able to accurately enhance the suspenseful mood and immerse the audience in the enthralling flow of events.

In the end, this is a film that deals with a very true and unfortunate fact, where some journalists flipped from being the voice of truth into the voice of whoever pays more, but as the end line of the script says “he who murders truth murders man” it is inevitable that truth will prevail in the end. A must-see piece of work, and deserves a standing ovation for all the effort made. 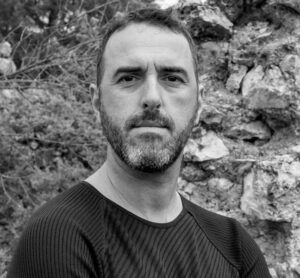