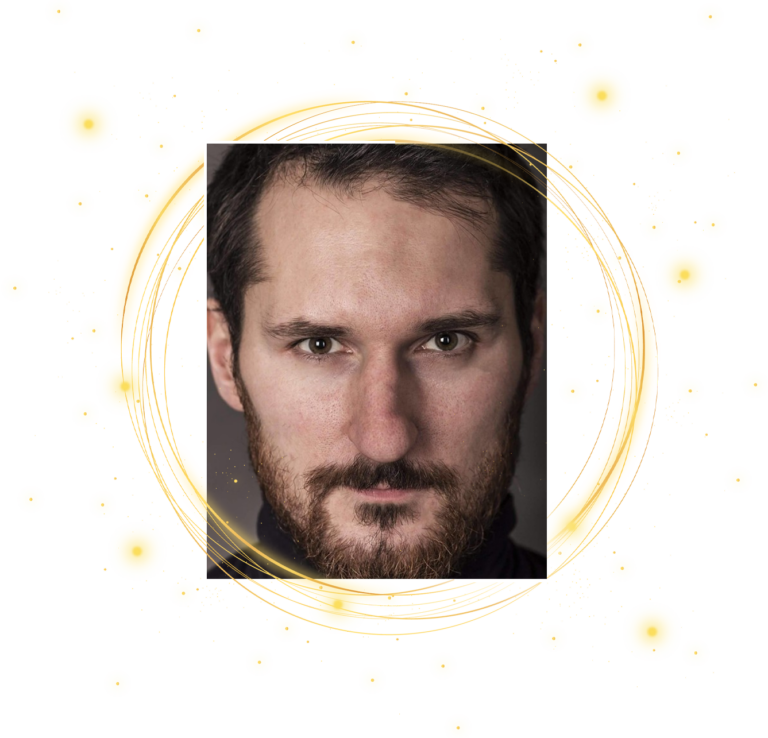 Dimitri Kanjuka was born in 1987 in the East of Ukraine. He was brought to the film by his friend Alexandr, who died in 2012 at just 33 years of illness called muscle dystrophy. Since young age Dimitri watched sci-fi and horror films like The Terminator, The Nightmare on Elm Street, The Aliens, etc. At the age of 10 he moved to the Czech Republic and in the fifth grade he directed his first short story. That was the moment when he decided to be a director.
During the years he has sold several screenplays to film productions and television and made several video clips, but later he focused mainly on directing short films. His love for the film led him to the position of a stuntman, where he met his future filmmaking buddies. Every experience gained escalated in their most ambitious projects called Slayer, Ghost Radio and now The Curse.

[MIS] In the fifth grade you directed your first short story; can you tell us more about it?

[Dmitri]  It was a school performance. Something like the Three Musketeers. Our teacher has determined that I will direct it. So I tried it and I knew immediately I want to do this rest of my life.
[MIS] You are a big fan of horror movies; you watched sci-fi and horror films since an early age, what pushed you to this genre?

[Dmitri]  I love the atmosphere of horror films. You are scared and curious in the same time. You have goosebumps but you want to know more. For example when you watch The Nightmare on Elm Street for the first time you feel scared but you want to know who is Freddy Krueger and why he is doing that.
[MIS] What are top favorite horror movies?

[Dmitri]   I love an old horror classic films like The Nightmare on Elm Street, Halloween, Rosemary’s baby, Alien, The Thing, Evil Dead, Re-Animator, I really love From dusk till dawn although it’s not a pure horror film. Among modern horror movies, I like The Ring, Dawn of the dead, Sinister or Insidious. 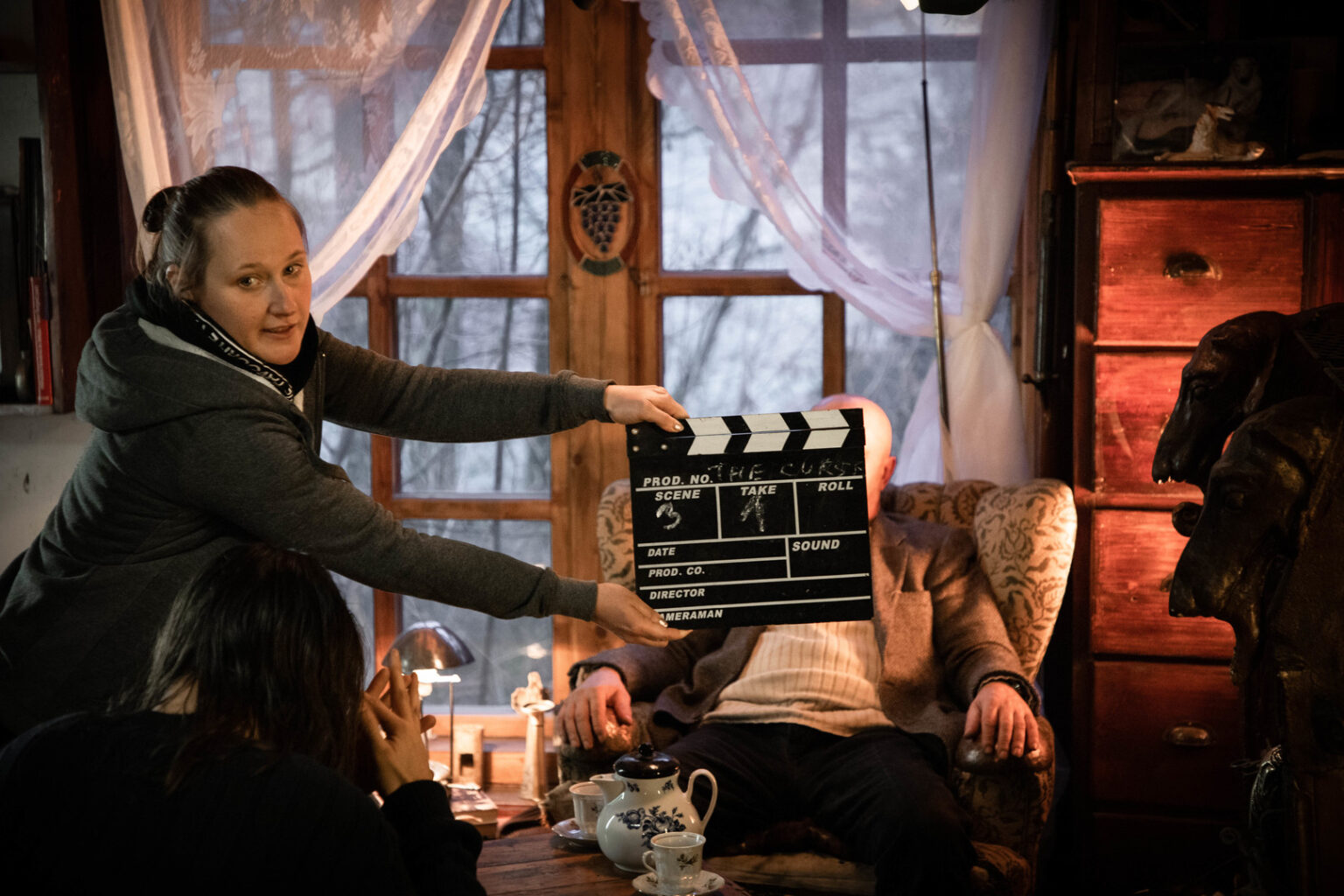 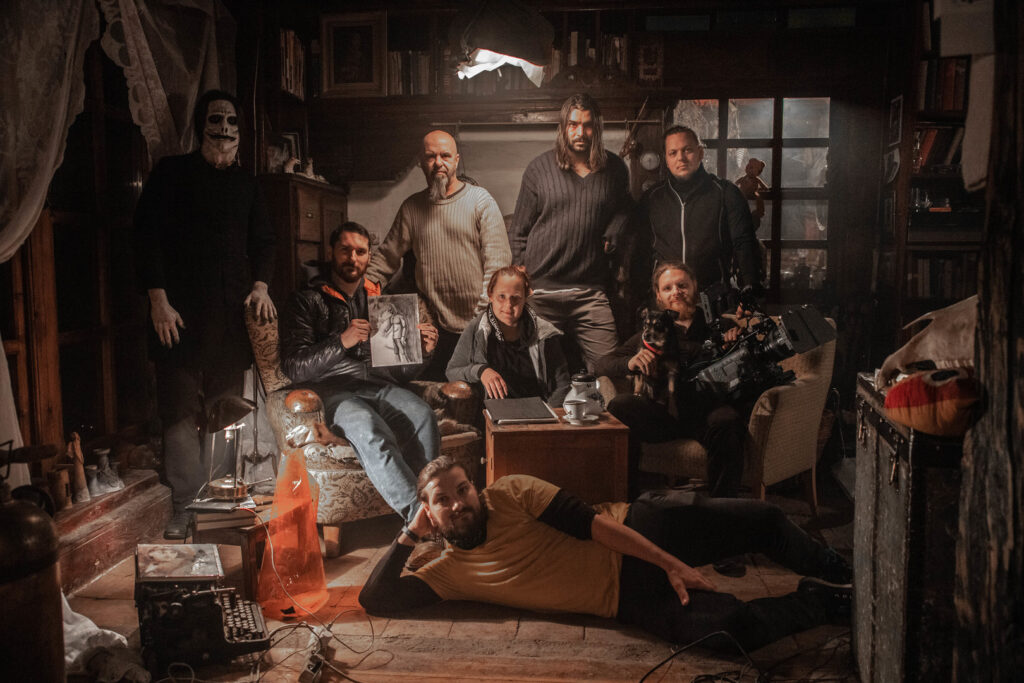 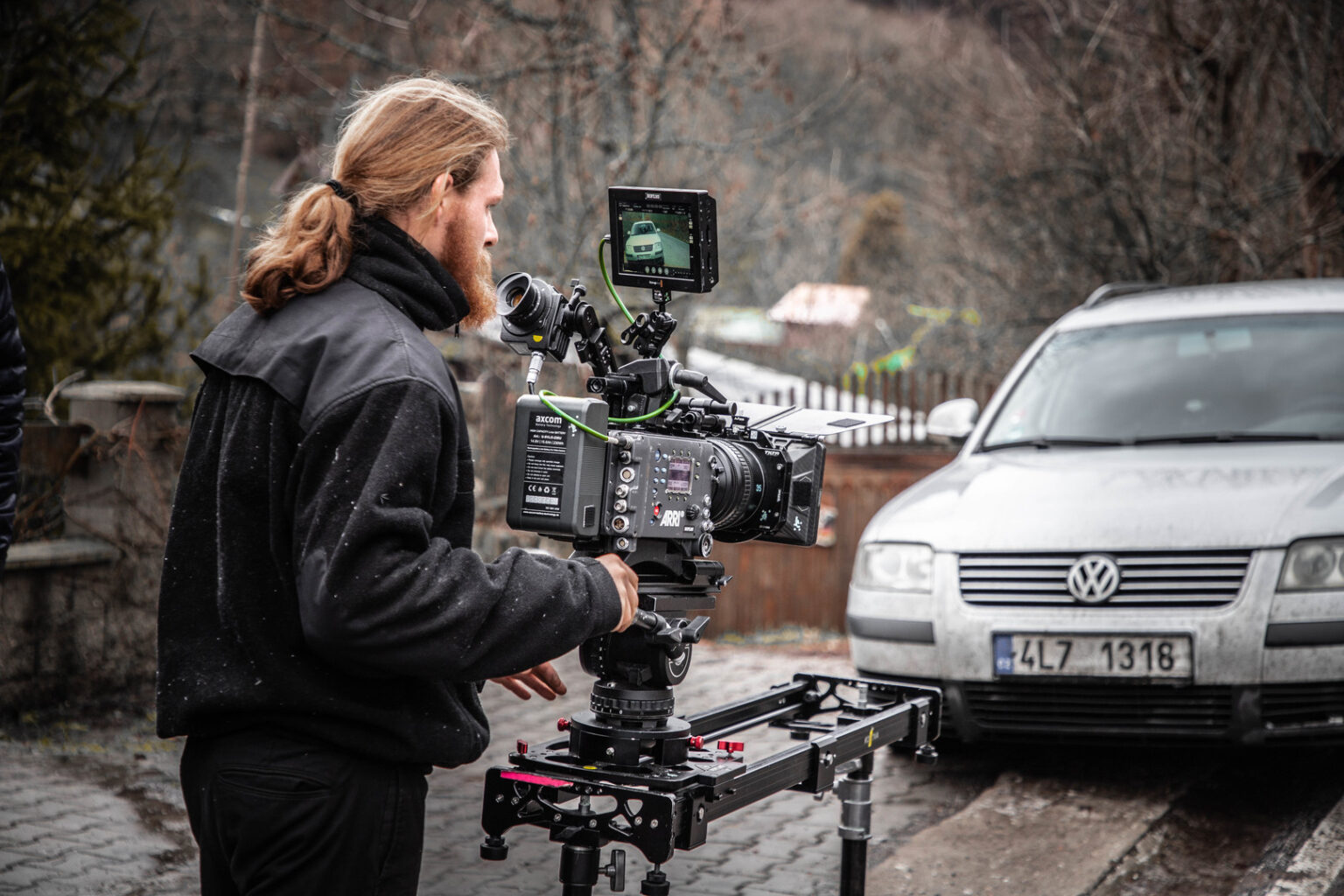 [MIS] Would you consider directing other genres of films?

[Dmitri]  Of course. I like the other genres also. In this moment I am working on non-horror short film.
[MIS] What’s the single biggest jump scare you’ve experienced in a horror movie?

[Dmitri]  I think it was Sinister and “the lawn mower” scene. I watched it at night and I absolutely didn’t expect it. Scott Derrickson did a great job in this film.

[MIS] Returning to the Curse, a psychologist who refuses to see the truth, and a man who decides to get rid of his affliction, how did you come up with this Idea?

[Dmitri]  I was wondering what is one of the most unpleasant things for everyone, and it occurred to me that it is the feeling that someone is watching you. When you eat, when you sleep, when you watch TV or when you look in the mirror. 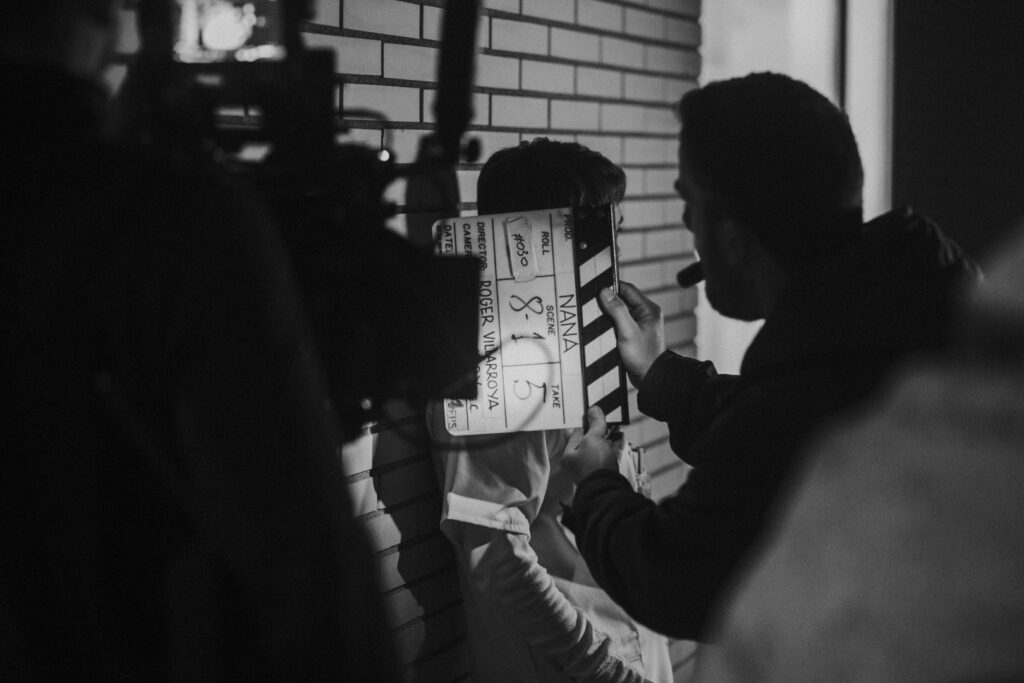 [MIS] What would you consider to be the most difficult step in producing a Horror film?

[Dmitri]  Working with clichés. Fans expect you to follow the horror rules, but at the same time you will surprise them. It’s even harder with a short film than with a feature film. You have a little time to tell the story. If you don’t want to rely on jump scares only, you have to captivate by the story of the film. At the same time, however, it must not be complicated because you don’t have a time to explain it.
[MIS] How would you describe the experience of working with Roman Dvořák and Petr Novák and if you could tell us about the casting process?

[Dmitri]  Petr Novák is more of a theater actor. We worked on short film “Slayer” together. He is very receptive and it is very easy to work with him. Roman Dvořák is a big actor talent. We started to work together in 2017 on 48 hour film project in Prague and we work together to this day. We have a similar relationship as Scorsese and De Niro. I am improving as a director and he is improving as an actor. Today he even plays in projects from Amazon or Netflix. Plus, he looks like Jason Momoa, and that’s always a good thing. I wanted both of them to play it before I had written the script. 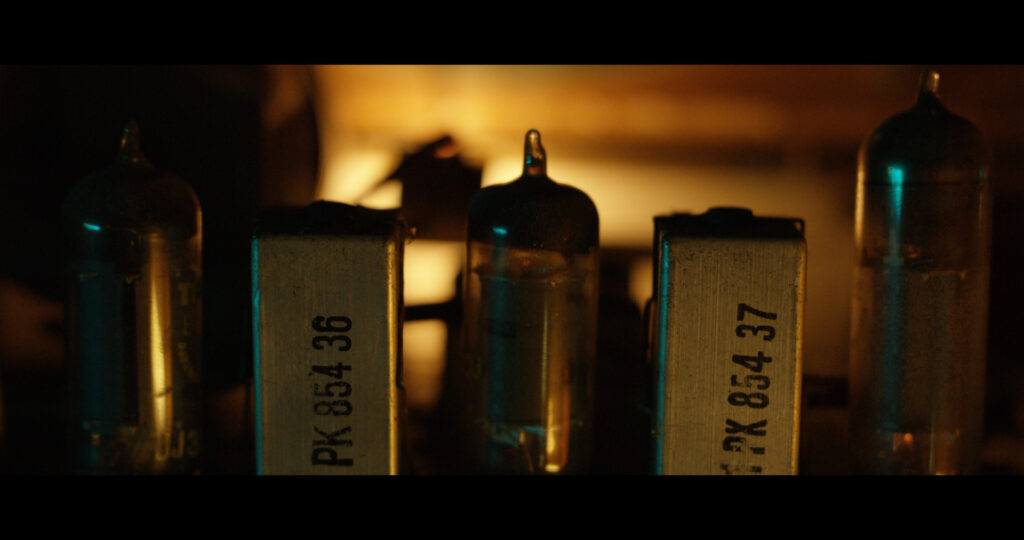 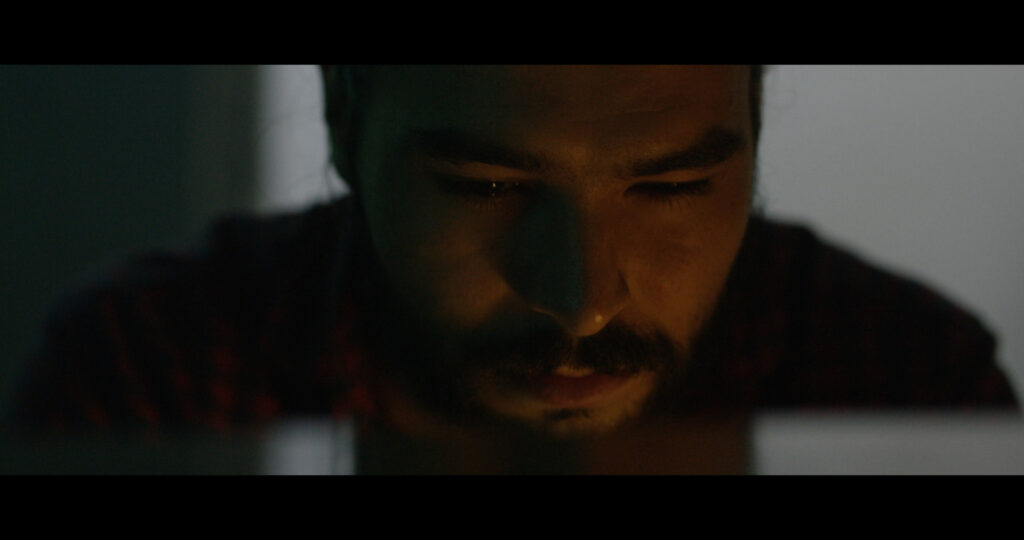 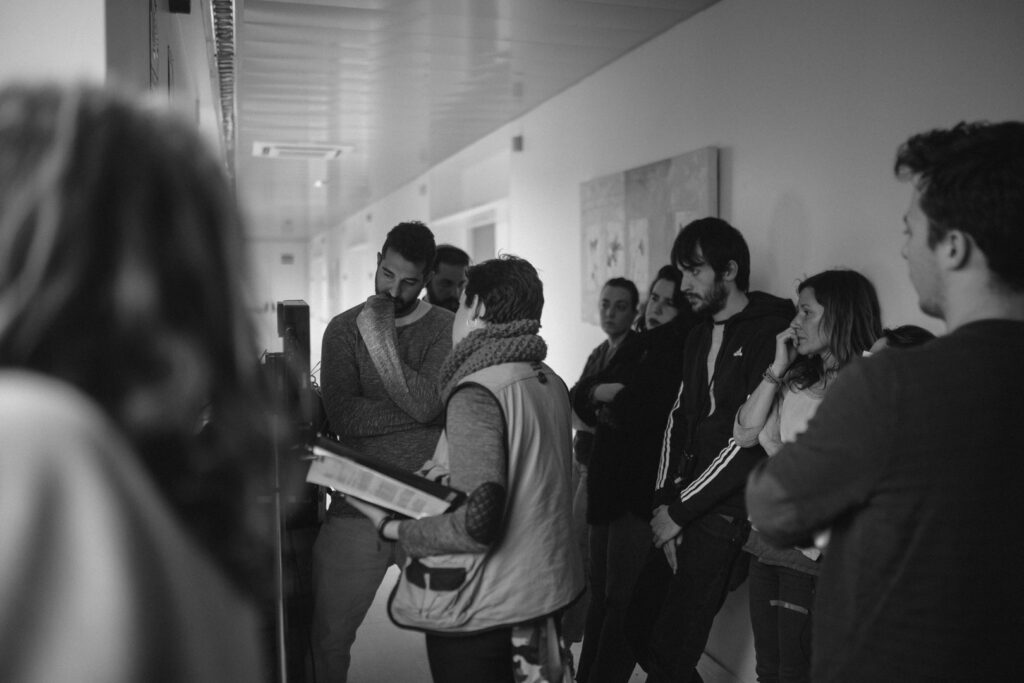 [MIS] You always use  low key Lighting and high contrast in your work, In “Ghost radio” you mixed between the orange palette and the cold green palette, can you tell us what was the purpose of choosing these colors?

[Dmitri]  I am a big fan of David Fincher who use these techniques and these colors in his movies. In my opinion, the atmosphere of such a film is very interesting. DoP Štěpán Radina and I agreed that “Ghost Radio” would be a great opportunity to use this technique.

[MIS] What would you give as advice for new  Filmmakers?

[Dmitri]  Be passionate about your work. There are very few good movies.
[MIS] Slayer, Ghost Radio and now The Curse … what’s next?

[Dmitri]  Now I am working on short film called “Kill your darlings”. It is a mix between sci-fi and comedy. We are working with producer Libor Vrba Jr. again who I worked with on Slayer. I think all sci-fi fans will have a good time.
[MIS] Any final thoughts at the end of this interview?

[Dmitri]  When comes the moment when you will think life isn’t fair, remember that David Fincher still has no Oscar for directing.