It is always a real pleasure and at the same time a challenge to write about an animated piece of work, especially when it is as good as “Kenya’s Symphony”. From its poster to all the other elements in the film, director “Carlos Douglas Jr.” was more than successful in delivering a sensational product.

Talking about the poster (Fig. 1), the tonality of the colors used mixed with the way the small girl is portrayed makes all the more inviting to know what is her secret, add to that the brilliant caption “ When the sounds of music crescendo…menace turns maestro” arouses the curiosity all the more to follow “Kenya” on her journey.

The story unfolds in a very amusing and smart manner; where we follow from the opening scene the rejection journey of a young girl (Fig. 2) to accompany her mom to watch a musical event.

As the events proceed, she finds a way to amuse herself by harassing others with her pen gun, reminding us of the famous cartoon character created by “Hank Ketcham” Called “Dennis the Menace” with his sling shot that he uses to harass people (Fig.3 & 4).

The turning point of the film reveals the wide imagination and transforms the little “ menace” into an artist enjoying the show and appreciating the effort made by the orchestra.

Technically, the first thing that strikes out is the proficiency displayed by the artists who worked on creating this film, they definitely master the craft and are able to bring to life the characters at hand in a very professional manner, a job that even the most talented of animators might have some difficulties in doing, on the other hand the color palette used (Fig.5 & 6) reveals so much talent and maturity by director “Carlos Douglas Jr.” in visually being able to give us a rainbow of delight without overly going into the “cliché” mode in coloring.

As for the music, it is whithout a doubt a major componenet in the success of the work since not only does it instigate the actions but also gives life to the characters being shown thus propeling the audience watching into each and every detail as it unfolds. Another element to be applauded is the foley work done by “Jurewicz” and “Gill”; their attention to the minute details dazzles us all the more and brings the film into the next level of excellence.

In the end, and before giving any recommendations on the film itself, the biggest congrats goes to director/producer “ Carlos Douglas Jr.” who ( altough being a fresh graduate and this is his first piece of film making) proved himself to be a real professional and someone that will be definetly leaving a huge mark on the world of animation for his innovative style and the maturity that he has displayed and we will be certainly on the look out for his next work. “Kenya’s Symphony” is a real audience pleasure and is definetly worth the watch and the appreciation for all the reasons stated above and the efforts put into it by the whole production team, the only “downside” of it is the wish that it was bit longer in order for us to enjoy all the more what each and every character has to offer us; in particular baby “Kenya” who the viewers can not but fall in love with from the very first moment of the film. 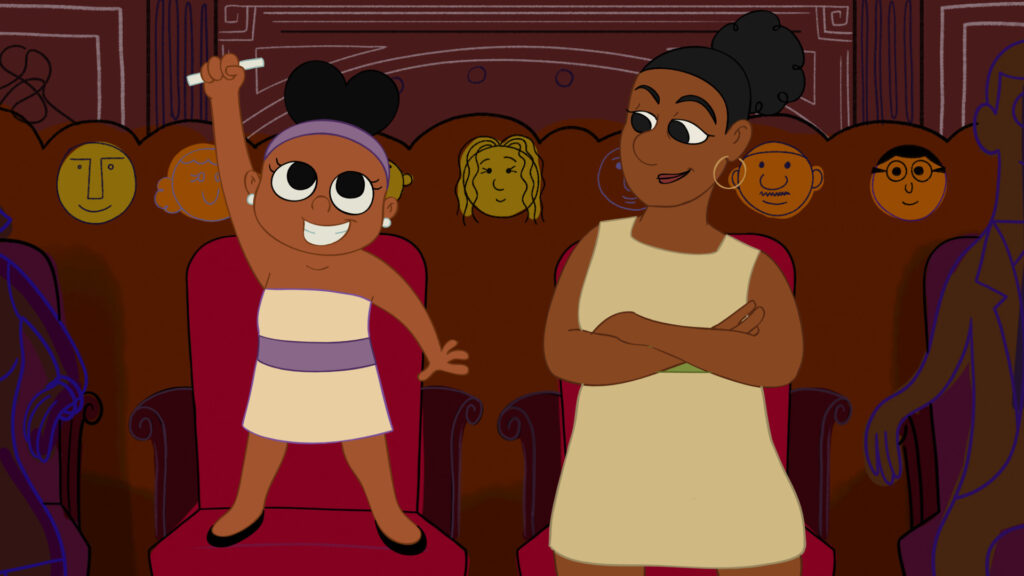 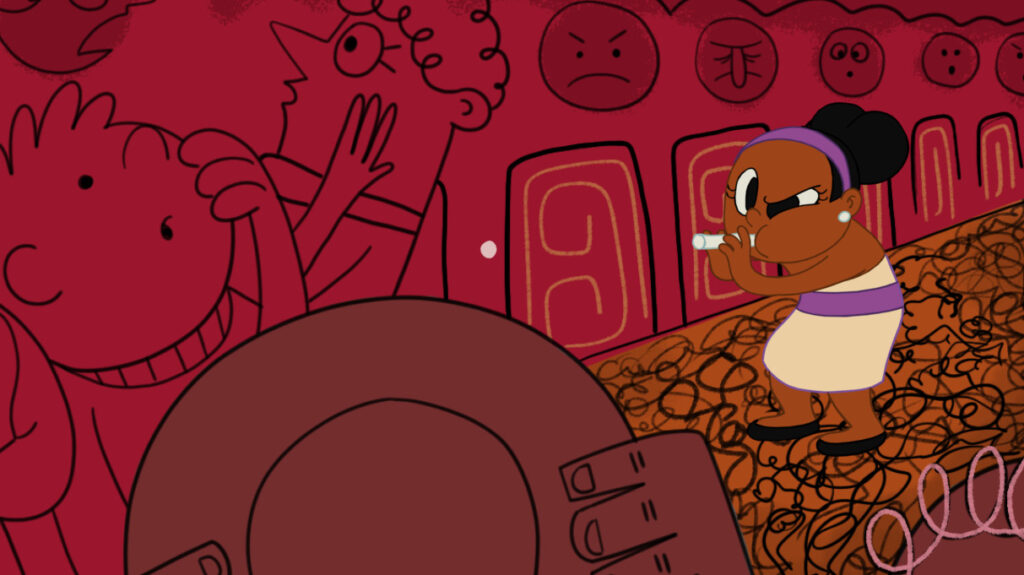 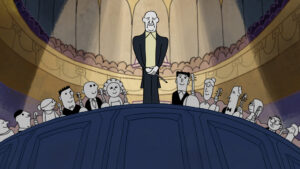 Carlos Douglas Jr is an animator & director/producer of Kenya’s Symphony. He is a spring 2020 graduate of Columbia College Chicago under the Interactive Arts and Media program, earning his Bachelor of Arts in Traditional Animation. He acted as the president of the Columbia College Chicago Animation Association (CCCAA), a prominent student organization at the college intended to expand curriculum beyond the classroom experience, preparing and opening opportunities for animation students in the industry. In addition to directing and producing Kenya’s Symphony, he is the producer on Buster and Jamson, an animated short created for the Animation Production Studio course at Columbia.

Born and raised in Chicagoland, Carlos began creating art at a very young age and continued his study of the arts into adulthood. Carlos studied for years under the teachings of Nikki Kutansky, a long-time arts instructor at the Center for Visual & Performing Arts in Munster, Indiana before enrolling at Columbia College Chicago. During his tenure in Nikki’s class, his interest in animation and motion picture arts was realized. Some of his accolades include creating the character design of “Little Rocky” on musician Rocky Kramer’s music video, Rock Star, creating animation for the 2021 Chicago Jazz Institute’s celebration of “International Jazz Day”, storyboarding for live-action films produced at Columbia College Chicago, and organizing the 2020 digital Storyreel Showcase at Columbia.

Kenya’s Symphony is a 2-D animated short produced and directed by Carlos, with music composed by Michael Van Bodegom Smith (“Beyond The Door”, “Me and Myself”, “Teacher of the Year”). This project was inspired by Carlos’ employment as an usher for the Chicago Symphony Orchestra, and his passion for film and orchestral music. This film was completed over the course of three semesters with no budget. His plan was to produce a film primarily driven by visuals and music. The score was recorded by a 60-piece orchestra and combined with a sound mix for a sonic experience without dialogue. Kenya’s Symphony had its premiere screening at the Big Teeth Small Shorts Festival in Chicago, Illinois, winning the “People’s Choice” Award in the Small Shorts category. Since then, it has screened in over 60 film festivals worldwide, along with winning 14 “Best Animation” awards among other accolades.

Carlos has a goal of producing and directing animated content with narrative. Television and film provide a great outlet for stories to be shared. Carlos plans to find his place among the animation community and continue to create animated content for the screen.